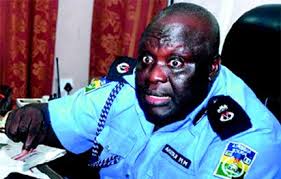 No fewer than 72 suspected cattle rustlers have been arrested by the police in the notorious Falgore forest in Tudun Wada Local Government Area of Kano State.
The police also recovered 818 cattle in addition to a large cache of arms, fake military and police uniforms as well as charms used by the suspects.

Mr. Muhammad Katsina, the state Commissioner of Police, who confirmed the arrest of the suspects and the recovered items, said the police also killed three suspected rustlers, including one Umaru Dogo Ndaiye, a Senegalese, who led a gang of bandits that maimed and raped women in Gidan Kare village in Sumaila Local Government Area of the state.

Katsina, disclosed the development while parading the suspects and the animals before newsmen at Kwanar Dawaki in the Dawakin Kudu Local Government Area of the state on Sunday.

The suspects were also said to have been paraded in the presence of the Emir of Kano, Alhaji Muhammadu Sanusi II, and Governor Abdullahi Ganduje.

The Police commission said, Katrina said, “Ndaiye was gunned down when he engaged our men who were on special duty at Falgore forest by Gazobi village in a gunfight.

“He later died while receiving treatment at the hospital. A pistol and 224 cattle were recovered from him while four other members of his gang were arrested.’’

He explained that two other bandits also lost their lives during the exchange of gunfire with the police while only one policeman sustained injury and had since been treated and discharged.

Meanwhile, Ganduje has said that the state government had set up a committee to return the cattle to their rightful owners.
The governor however called on the people of the state, particularly those of Tudun Wada, Doguwa and Sumaila local government areas that share borders with the Falgore forest, to cooperate with security agents with a view to checking the menace.