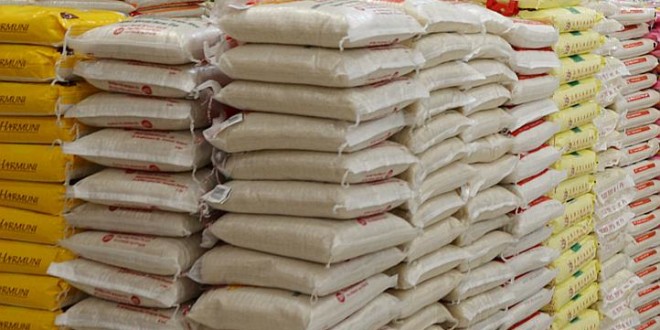 October 12, 2015 Comments Off on Fiance Ministry May Clash with Customs Boss Over Removal of Rice from Import Restriction List 19 Views 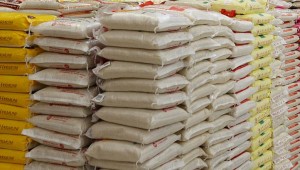 BY ALEX AKAO
The new Comptroller-General of Customs, Col. Hameed Ali (rtd), may be heading on a collision course with the Federal Ministry of Finance over a recent directive by the customs boss in which he ordered the immediate removal of rice from import restriction list and the re-introduction of import duty payment for the food item at the land borders.
The announcement which was made on behalf of Col Ali in Abuja Thursday, by the Public Relations Officer of customs Wale Adeniyi, is said to be causing disquiet at the Ministry whose top echelons allegedly accused the Controller-General of usurping the functions of the ministry.
In announcing the directive, Deputy Controller Adeniyi had said that the restriction was only applied at land border stations before now, adding that the customs boss had lifted restriction on rice at border stations.
According to him, all rice imports through land borders by rice traders would attract the prevailing import duty of 10 per cent with 60 per cent levy.
Ministry sources who pleaded anonymity said it was unheard of for law enforcement officers of the Federal government to dabble into issues of policy making which are considered as exclusive preserve of the executive arm of government.
“This development is strange to us. The Ministry was not even consulted before this announcement was made. The issue is not the propriety of the directive or otherwise, but the fact that it does not carry any official seal of the ministry. The Customs is to strictly enforce government policy, and not resort to making policy issue.
“Usually, the Ministry undertakes consultations and seek imputes from relevant stakeholders before such directives are given, but in this case, there was nothing of such before the Customs Controller-General came up with this directive” the source added.
In announcing the directive, Adeniyi had added that rice millers (preferential levy) with valid quota allocation would also attract duty rate of 10 per cent with 20 per cent levy on rice importation.
According to him, “over the years, importation has been restricted to the seaports because border authorities have found it difficult to effectively monitor and control importation of rice. When the decision to ban it was taken it was not an effective measure because smuggling of the product thrives with people using different means of conveyance including small trucks, bicycles and even animals – putting them on donkeys and some actually carry it on their heads.
“These new measures will be for customs to reorganize their anti-smuggling operations in the border areas and ensure that all those importers through the borders bring their rice through approved routes and pay their extant duty” he added.
Meanwhile the new Customs boss is expected to undertake his maiden visit of some Customs Commands in Lagos starting from Monday (today), as part of his familiarization tour of customs formations nationwide.
Ali’s is expected to visit Apapa, Tin Can, PTML and Western Marine among others. Industry sources said the visit is also expected to douse the current fears and apprehensions being raised by customs officers who have been living with apprehension of possible sack by the new helmsman since his appointment six weeks ago.