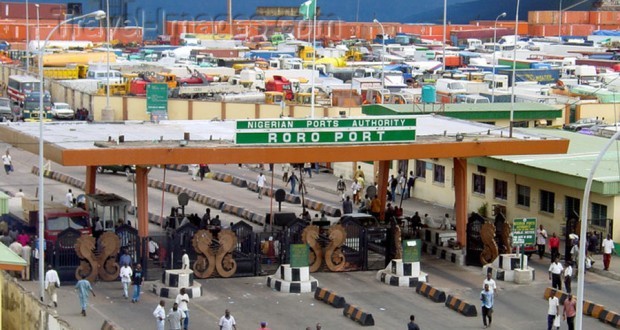 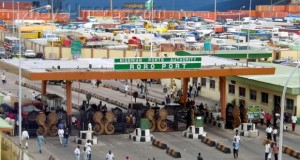 BY ALEX AKAO
The Federal Government may have commenced plans to recall all three former service providers to take charge of the scanners they left behind at the nation’s seaports and border stations following reports that the multi-million dollars vital destination inspection gadgets have all packed up.
Reports of complete breakdown of the scanners in less than two years after the Nigeria Customs Service (NCS) took over full operation of the Destination Inspection Scheme has been causing ripples in the industry following the gradual build-up of containers at the terminals.
The expensive scanners which came in three categories of fixed, mobile and gantry were procured in phases by the three service providers namely, Cotecna Destination Inspection Limited (CDIL), Global Scan System Limited (GSSL) and SGS Nigeria Limited, as part of requirement for executing their six year contracts that was later extended for twelve months, under Build-Own- Operate -Transfer (BOOT) arrangement.
Customs took over full implementation of the Destination inspection scheme at the expiration of the extension in late 2013, under fresh goods clearing procedure tagged, Pre- Arrival Assessment Report (PAAR).
Industry sources said since the takeover of the scheme after much agitation by the service led by former Controller-general, Dikko Inde Abdullahi, recurring events have since indicated lack of adequate knowledge and expertise of the customs officials to manage the machines, leading to their gradual breakdown.
A source close to the Federal Ministry of Finance who spoke to us under anonymity said the Presidency was worried over the development; hence it embarked on consultations aimed at recalling the service providers to return to work and handle full implementation of the risk management platform for imported goods.
“It is unfortunate that this development was not envisaged at the takeover of the operations by the Customs following assurances by Dikko that his men had acquired adequate knowledge to handle the equipment.
“Ask them (Customs) to produce the current staff order (postings) of the thousands of officers trained by the service providers along the years, I tell you not a single one of them is currently manning the scanners because they have all been posted out.
“It is now obvious that they are not fully equipped to operate and maintain very complex equipment like scanners which requires a lot of expertise and discipline, hence the need to recall the service providers” the source added.
According to the source, modalities for the return of the service providers is currently being worked out between the Ministries of Finance and Transport, in concert with the new Controller-General of  Customs,  retired Col. Hameed Ali.
The new engagement which the source said is now awaiting the appointment of substantive Minister, may slightly defer from the earlier contract with the service providers who may now be engaged solely to manage the risk assessment aspect of the PAAR regime also to be modified.
At the twilight of the handover to customs in late 2013, one of the service provider who is Managing Director/CEO of Global Scan systems Limited, Mr. Fred Udechukwu had  openly expressed worry over the competence of the customs in managing the system saying, there was a ” serious skill gap in the Nigeria Customs Service. Until recently they did not show sufficient interest in the DI scheme and training” he had said.
Commenting on the breakdown of the scanners, President, National Council of managing Directors of Licensed Customs Agents, Mr. Lucky Eyis Amiwero, described the situation as a national embarrassment.
He said the breakdown of the system also indicates that the nation may also be at the risk of having unwholesome importations flowing into the country.
According to him, the scanners are  national assets that were paid for by government through amortization, and should be preserved; saying government may have seen the need to bring back the service providers.
“The transition from the service provider to the customs, if there was anything like that, was truncated for selfish reasons. The Destination Inspection agents should be brought back to handle the situation and allow for a smooth take over after restoring order in the system” he said.
Amiwero also took a swipe at the former CGC, Alhaji Dikko Abdullahi, whom he said should be made to explain the circumstances that led to the complete breakdown of the scanners, barely a year after the Customs took charge of the system
Post Views: 0