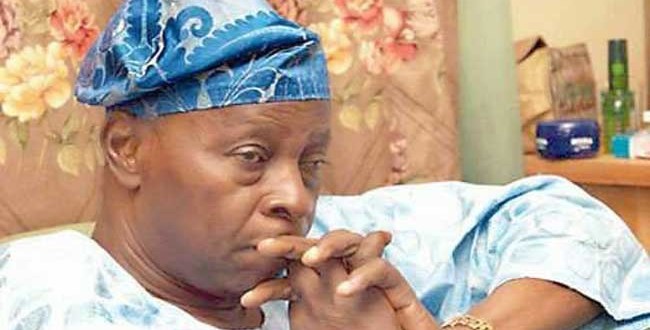 The Nigeria Police has arrested five of the eight abductors of former Secretary to the Government of the Federation (SGF), Chief Olu Falae.
The arrest is coming about two weeks after the elder statesman was released in Akure, Ondo State capital in Nigeria’s south-western region.

A confirmed source of the Ondo State Police Command disclosed that the suspects were arrested in Niger, Ekiti and Ondo States by the Special Intelligence Team deployed by the Inspector General of Police (IGP), Mr Solomon Arase.

The source also hinted that part of the alleged ransom paid by the family has also been recovered.

The former SGF was kidnapped from his farm in Ondo State on Monday (September 21) with his abductors demanding for a cash sum of N100 million, later reduced to N90 million as ransom.

President Muhammadu Buhari consequently directed the IGP and other security agencies to take all necessary action to ensure the safe and speedy rescue of the former SGF.

Younger brother to the elder statesman, Sunday Falae, confirmed to Channels Television that the former presidential candidate was released by his captors on Thursday, September 24.