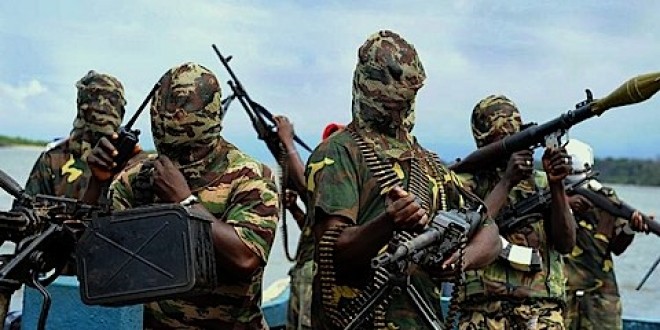 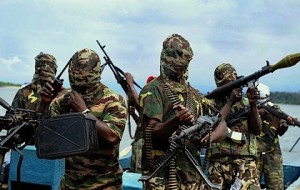 The military post is primarily stationed in the area to guard an oilfield operated by the Shell Petroleum Development Company.

The gunmen, who operated in a Sports Utility Vehicle, were said to have stormed the post, took away some arms and ammunition and left.

It was learnt that the civilian guard working at the Shell facility was, however, shot dead by the bandits.

A security source, who spoke on condition of anonymity, said, “What we learnt was that the gunmen came in an SUV, stopped close to the army post, walked majestically into the post, and dismantled the General Purpose Machine Gun.

“They took the GPMG, rifles, ammunition, got in their vehicle and zoomed off. They probably killed the civilian guard because they suspected that he recognised them.”

It was further learnt that the corpse of the deceased, identified as Mr. Austin Igwe, was reportedly evacuated by policemen from Ogbia Division and troops of the Operation Pulo Shield before it was later deposited in a mortuary.

Relations of the victim were said to have besieged the crime scene after the attack.

One of them, who spoke on condition of anonymity said, “We heard that unidentified gunmen had attacked Shell facility and shot our brother dead; we got here and found out that it was true.

“The pain is too much to bear. This is tragedy for us. I am short of words.”

Confirming the incident, the Chairman, Ijaw Youth Council, Ogbia Clan, Mr. Osanya B. Osanya, condemned the attack on the oilfield and the stealing of the army rifles.

He called on security agencies to be vigilant, especially in view of the upcoming elections in the state.

He said some politicians were desperate and could do anything to win elections, including sponsoring violence and bloodshed.

He said, “The leadership under my watch will as a matter of importance partner with security agencies to rid our council of criminality. We also advise our youths to be at alert and not allow some politicians to use them as willing tools to destroy our council.”

The Spokesman for OPS, Lt.-Col Isa Ado, could not be reached for comments. His mobile telephone did not connect as of the time of filing this report.