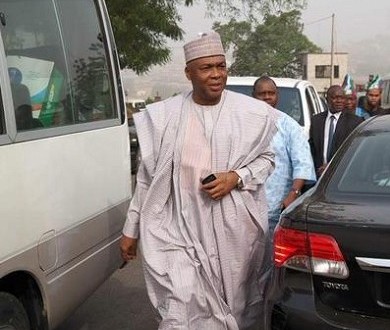 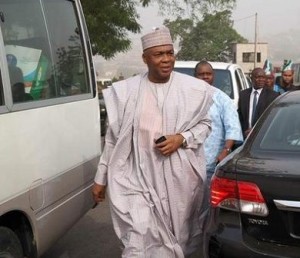 The Senate on Thursday set conditions for screening of ministerial nominees insisting that they must show proof of declaration of their assets.

The Senate Spokesman, Sen. Dino Melaye, told newsmen at the National Assembly Complex in Abuja that the decision was the outcome of its executive session on Thursday.

Melaye said that nominees, especially those who have held political offices, must show certificates of assets declaration issued by the Code of Conduct Bureau (CCB).

“We shall be relying on Section 147 of the Constitution; there shall be such offices of the ministers of the federation as may be appointed by the President.

“This section shall be strictly adhered to by the Senate, meaning that there will be ministers from each state of the federation in compliance with the constitution.

“We shall also consider Section 65 which stipulates that only a person who is qualified to be a member of the House of Representatives can be qualified to be screened as a minister of the Federal Republic of Nigeria.

“The Senate will not consider the screening of anybody who has held any public office except the person has declared his assets,” he said.

Melaye said that the Senate would insist on seeing the proof of assets declaration before a person who had held a public office could be cleared to be a minister.

He said that the Senate would uphold its convention on insisting that two Senators from the state of any nominee must accept the nomination before such a nominee can be screened.

Meloaye, however, said that he could not categorically say if that rule would be waived, stressing that “I cannot predict the future.”

He said that former legislators would not just bow and go, but would not be exposed to rigorous scrutiny as their counterparts who had never been federal legislators.

“The Senate is not going to politicise the screening; there will be no provision for religion, tribe, ethnicity and other discrimination.

“All ministerial nominees must submit a minimum of 115 copies of their curriculum vitae on or before Monday Oct. 12,” he said.

He expressed optimism that President Muhammadu Buhari, in keeping to his word, will make available other nominees before, on or after Tuesday’s screening.