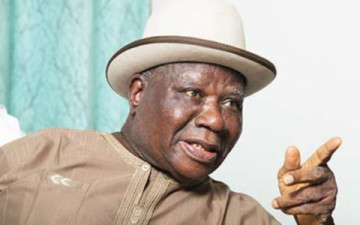 Jonathan Lacks The Will To Fight Corruption, Says Edwin Clark

October 7, 2015 Comments Off on Jonathan Lacks The Will To Fight Corruption, Says Edwin Clark 13 Views 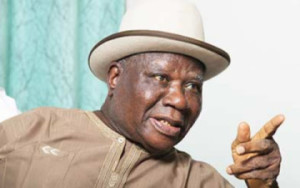 Prominent Ijaw leader, Chief Edwin Clark,  said  earlier today  that former President Goodluck Jonathan meant well for the country, but that he lacked the will power to fight corruption.
Claark also said he was quitting partisan politics but would play the role of an Elder Statesman.
Clark who was a staunch supporter of Jonathan reiterated his support for Buhari’s anti-corruption crusade, urging Nigerians to stop talking about sectional or selective justice in the fight against corruption.

“It is not everything done by the opponent that is wrong. I will therefore support the policies that are for the good of the country because Nigeria belongs to all of us.”

“Jonathan didn’t have the political will-power to fight corruption. He’s too a gentleman. Drivers of yesterday are living in palatial buildings now under his government. In advanced countries, when you are living above your means, people query you. That’s not so in Nigeria. Former governors and lawmakers are now asking for immunity.

“Jonathan meant well for this country, but the will power to fight corruption was not there.