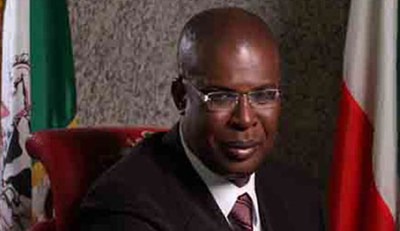 The Timipre Sylva Campaign for the Bayelsa State 2015 gubernatorial election has dismissed media reports that two additional governors will be joining their Edo State counterpart, Adams Oshiomhole, to organise a fresh All Progressives Congress (APC) Governorship Primary in Yenagoa on Tuesday.
Citing unnamed sources, some news outlets and a few newspapers had reported on Saturday that Governors Aminu Waziri Tambuwal (Sokoto) and Ibikunle Amosun (Ogun) had been drafted to join Oshiomhole for a new primary.
The campaign organisation, in a statement by Mr. Doifie Buokoribo, described the report as a “cruel hoax”, stressing that there is no way a fresh primary can be organised on Tuesday as it would amount to an act of “illegality.”
The Sylva campaign said, “Let us restate here that an APC candidate for the December 5, 2015 governorship election in Bayelsa State has emerged and that candidate is Chief Timipre Sylva. No amount of media manipulation can change that. This is a society of law and order.
“The latest disinformation through the media goes to show the level of desperation of some people who want the APC governorship ticket through the back door. An election was conducted, Sylva won, the whole world has seen it.
“Besides, there is no way a hopelessly compromised Oshiomhole, who has also openly displayed his bias, can be asked again to go and conduct an election in Bayelsa State. Even his masters know that will be unacceptable to Nigerians.
“Similarly, as at Saturday, 26 September 2015, Tambuwal is in far away New York attending the United Nations General Assembly (UNGA) while Amosun is attending Hajj in Saudi Arabia. Are they going to conduct a virtual election?
“Despite the orchestrated lies and disinformation, the Sylva Campaign will again urge our teeming supporters to be law-abiding, peaceful but resolute. Victory is sure.”