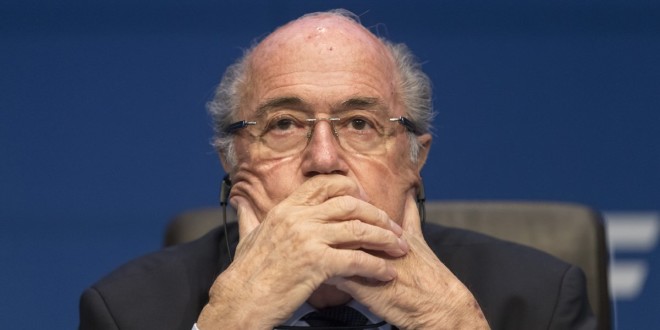 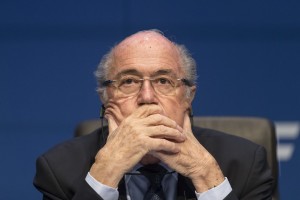 The Swiss Attorney General has opened criminal proceedings against FIFA president Sepp Blatter, who was questioned on Friday on suspicion of criminal mismanagement as well as on suspicion of misappropriation of FIFA money.

Swiss authorities said that UEFA President Michel Platini was also being questioned as a witness over “a disloyal payment” of 2 million Swiss francs from Blatter in 2011 — for work done between 1999 and 2002.

Platini was a personal adviser to Blatter, his former mentor, when he started out in football politics, and is the favourite to succeed Blatter for the 2016 FIFA presidential elections.

Under Swiss law, a payment is classified disloyal if it is against the best interest of the employer — in this case FIFA. Platini will have to answer why the alleged payment was not made until nine years down the line.

The allegations suggest authorities suspect Blatter of criminal mismanagement of FIFA money to shore up his own power base — political enrichment, if not taking money himself.

According to the Swiss AG statement, Blatter manipulated FIFA contracts, including one in 2005 with then-Caribbean Football Union President Jack Warner, the former FIFA vice president who was indicted in May on corruption charges in the United States and awaits extradition.

“There is as suspicion that, in the implementation of this agreement, Joseph Blatter also violated his fiduciary duties and acted against the interest of FIFA,” the Swiss federal office said.

Blatter’s U.S.-based lawyer, Richard Cullen, denied his client’s wrongdoing ans said he was cooperating, but the statement appeared to focus only on the Warner contract, and not the payment to Platini.

“We are confident that when the Swiss authorities have a chance to review the documents and the evidence they will see that the contract was properly prepared and negotiated by the appropriate staff members of FIFA who were routinely responsible for such contracts, and certainly no mismanagement occurred,” Cullen wrote.

Platini released a statement saying he had clarified matters about the payment with the authorities.

“Today I was asked by the Swiss authorities to provide information relating to the ongoing investigations surrounding FIFA,” he said. “I have always been open to supporting the relevant bodies and authorities in their investigative work and therefore cooperated fully.

“Regarding the payment that was made to me, I wish to state that this amount relates to work which I carried out under a contract with FIFA and I was pleased to have been able to clarify all matters relating to this with the authorities.

“Today I also made clear to the Swiss authorities that since I live in Switzerland I am available to speak with them any time to clarify any matters relating to the investigations.”

“On the one hand, the OAG suspects that on 12 September 2005 Mr. Joseph Blatter has signed a contract with the Caribbean Football Union (with Jack Warner as the President at this time); this contract was unfavorable for FIFA. On the other hand, there is as suspicion that, in the implementation of this agreement, Joseph Blatter also violated his fiduciary duties and acted against the interest of FIFA and/or FIFA Marketing & TV AG.

“Additionally, Mr. Joseph Blatter is suspected of a disloyal payment of CHF 2 Mio. to Michel Platini, President of Union of European Football Associations (UEFA), at the expense of FIFA, which was allegedly made for work performed between January 1999 and June 2002 ; this payment was executed in February 2011.

FIFA, which abruptly cancelled a planned news conference on Friday, said it is cooperating with the Swiss AG office.

“Since 27 May 2015, Fifa has been cooperating with the OAG and has complied with all requests for documents, data and other information. We will continue this level of cooperation throughout the investigation,” the FIFA statement said.

“Today, at the Home of Fifa, representatives from the Office of the Swiss Attorney General conducted interviews and gathered documents pursuant to its investigation. Fifa facilitated these interviews as part of our ongoing cooperation. We will have no further comment on the matter as it is an active investigation.”

German Football Association (DFB) president Wolfgang Niersbach said there was no indication of Blatter’s legal troubles when the meeting was cancelled.

“It was not mentioned with one syllable during the ExCo meeting today,” he said. “I left the FIFA building in the belief that Sepp Blatter will comment on the current situation at the scheduled news conference.

“I only learnt later that the Swiss authorities have opened proceedings against him. The news leaves me speechless.”

Blatter is the first person to be formally quizzed as a suspect in the Swiss case, which FIFA instigated last November, when it complained about possible money laundering in the 2018 and 2022 World Cup bidding contests won by Russia and Qatar.

His right-hand man, FIFA secretary general Jerome Valcke, was suspended last week after being implicated in a scheme to sell tickets for the 2014 World Cup on the secondary market.

Warner will face an extradition hearing on Dec. 2 after authorities in Trinidad and Tobago stopped attempts to have the case against him tossed out, officials said last week.

Information from The Associated Press was used in this report.