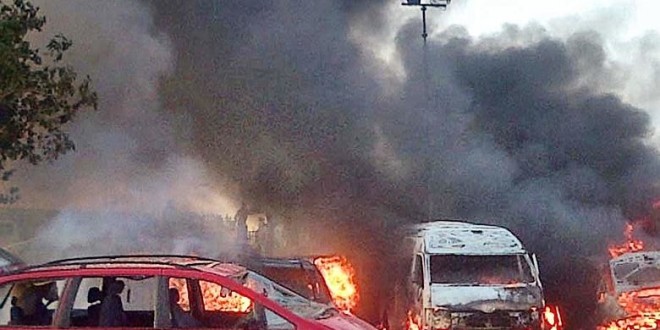 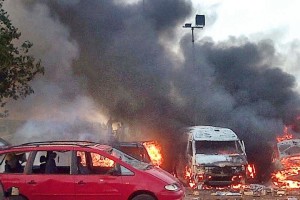 Borno State Police Command has confirmed that 54 people were killed and over 95 injured in the multiple explosions that hit Maiduguri, Borno State, Sunday night.

The state’s Police Public Relation Officer Victor Isuku, who confirmed the casualties, told journalists in Maiduguri that the attacks bore the hallmark of Boko Haram insurgents.
However, no group has claimed responsibility for the explosions.

According to Isuku, the attackers simultaneously detonated four separate Improvised Explosive Devices (IEDs) at a mosque and a football viewing center in Ajilari T-junction of Maiduguri metropolis.

There are however conflicting reports on the number of victims, with eyewitnesses putting the death toll at over 60 and more than 95 injured persons.
Hospital sources also confirmed the 60 fatality figure.

An eyewitness, Modu Sani, said nine people died on the spot, including those standing outside, before two other explosives were detonated at the Ajilari local night market and the bus stop.

“The four explosives were planted by the fleeing suspected terrorists from Sambisa Forest.

They could have sneaked into these areas about a week or two ago to plant these bombs in this mosque and other soft targets in the area,” Sani said, adding that an attacker also threw a grenade at the viewing centre from an unmarked vehicle.