September 15, 2015 Comments Off on Most Accidents’re Caused By Careless Road Users – FRSC 14 Views 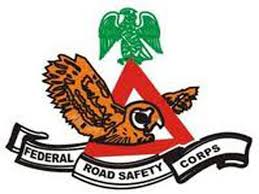 Most of the accidents that occur at any point or at any given time in the country are not caused by bad roads, but by careless road users, the Federal Road Safety Corps (FRSC), has said.

Mr. Leye Adegboyega, Assistant Corps Commander, Unit Commander, FRSC, Ota, in a statement on Sunday, said that all road crashes can be prevented if motorists pay attention to safety guidelines.

Adegboyega said, “People are killed or injured in road crashes everyday. All road crashes can be prevented; most crashes are caused by the driver’s behaviour and not always as a result of bad roads.

“If we see people violating the traffic law and we know that somehow this could directly or indirectly affect us, are we to wait until we suffer harm or loss before a traffic official addresses the issue? Road safety is everybody’s responsibility.

“While it is true that FRSC has a statutory responsibility to carry out awareness on road safety, this task goes beyond the FRSC and other traffic management authorities.

He said that a special operation, involving the FRSC, Nigerian Navy, Nigerian Security and Civil Defence Corps, the Nigeria Police Force and officials of the Ogun State Traffic Compliance and Enforcement Corps, would commence soon.

According to him, the collaboration was informed by the recklessness of commercial drivers, who placed importance on profit above safety.

Adegboyega said, “The special operation is to be followed by the ember months public enlightenment campaigns, knowing that the months are the most desperate months for the generality of Nigerians

“People become more aware that it is the last quarter of the year and so, they would want to ensure that their goals, aspirations, resolutions towards the year are achieved. Thus there is a perceived agitation and recklessness on Nigerian roads.

He said the corps was poised to reduce road crashes in Nigeria, especially amidst the growing spate of crashes involving tankers and other articulated vehicles.

He stressed the need for other stakeholders to support the agency, noting that all hands must be on deck.