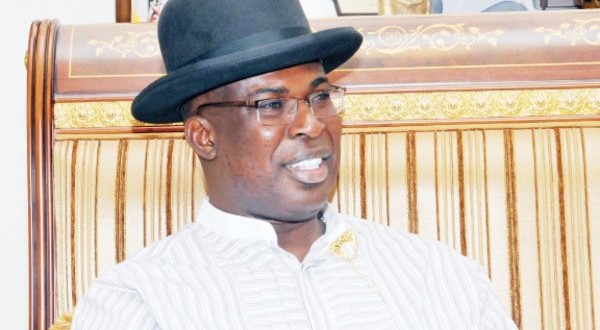 Jonathan’s Support For Dickson Is No Threat, Says Sylva

September 11, 2015 Comments Off on Jonathan’s Support For Dickson Is No Threat, Says Sylva 21 Views 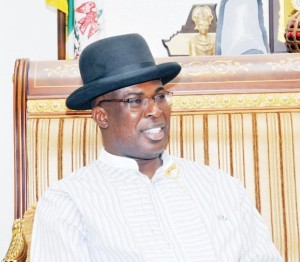 Former Governor of Bayelsa state, Timipre Sylva, says ex-President Goodluck Jonathan’s support for Baylesa State Governor, Seriake Dickson, will not threaten his chances of returning to Government House.
Sylva, who is seeking the nomination of the All Progressives Congress in the forthcoming governorship election, said this in an interview in Abuja, on Thursday.
According to him, the former President’s support for Dickson was a clear indication that former President Jonathan was the “President of Bayelsa State” and not the whole of Nigeria.
Sylva spoke after going through a screening exercise, preparatory to contesting the APC governorship primaries.
He said, “Well, frankly, I am not worried. I always say that the former President was the President of Bayelsa State and he has proven me right. He has always been the President of Bayelsa State; He was never the President of Nigeria.”
Asked what his chances of getting the APC ticket were, Sylva said, “I feel that I have a good standing with the people. As you can see, if you look behind me, you will see the array of people who are here with me. Who else is left in Bayelsa? So I think that because of the people who are with me, I stand a very good chance.”
Commenting on the speculations that some aspirants were considering the possibility of stepping down for others, he said, “There are some discussions going on. When it is time to make it public, you will hear.”
A former Managing Director of the Niger Delta Development Commission, Timi Alaibe, and a former Nigerian Ambassador to Japan, Emmanuel Otiotio, are among the 19 aspirants who also obtained nomination forms and attended the screening exercise ahead of the party’s primaries.