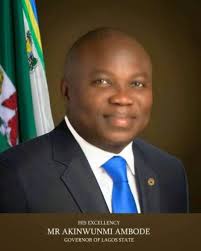 Lagos State Governor Akinwumi Ambode, on Tuesday signed and approved the release of 2,500 Certificates of Occupancy to property owners across the state with effect from Wednesday.
Mr Olukayode Ogunnubi, Executive Secretary in the Lands Bureau, told journalists that Ambode wanted to clear the backlog of C of Os accumulated from the previous administration.

He said, “A clear distinction must be made that this present government wants Lagosians to maximise the economic benefits derivable from ownership of properties as evidenced by obtaining their legal titles.
“That’s what we are trying to achieve and that’s the reason why the Governor decided to clear all the backlog, everything. Now we do not have pending C of O on our table.” Ogunnubi said the advantage of the recent development would enable owners to leverage on the C of O as collateral to obtain loans from financial institutions for business activities.

“This will also contribute to the growth of the state’s Gross Domestic Product (GDP) and ultimately the development of the economy of the state,” he added.

He explained that the intended to ensure that the process of applying and getting the copy of the C of O was not only less cumbersome but treated within the stipulated time.
“So once we have any new applicant for C of O, the governor’s mandate is to ensure that he signs it within the 90 days tenure. Once you make your payment, we start the processing. Let me also report that we are going on the Electronic C of O fully. All the ones he signed are also E-C of O.

“In a nutshell, the idea is to eliminate bureaucratic bottlenecks and this is what the governor intends to achieve in line with his commitment to make life simple and easy for the people.

“This is a standard milestone as the last time such was witnessed was during the era of the first civilian Governor of Lagos State, Alhaji Lateef Jakande.”
Ogunnubi stressed that the list of the owners of the 2,500 C of Os signed by Ambode would be published in national dailies from Thursday.