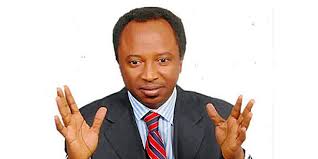 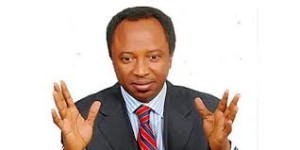 After 510 days of abduction, a ray of hope that the 219 Chibok girls may be alive after all came from none other than distinguished Senator Shehu Sani who disclosed that “they are alive”.

Senator Sani, who has been deeply involved in negotiations with Boko Haram and the Nigerian government in bids to rescue the girls and end terrorism in Nigeria, said in an exclusive interview that he was certain the over 200 girls were alive. He urged President Muhammadu Buhari to make efforts to rescue them before taking further steps to end the insurgency.

The Senator, who represents Kaduna Central in the National Assembly, said his optimism that the girls are alive stemmed from the fact that Boko Haram would have promptly celebrated their killing with an announcement as it does not waste time in telling the world who it has killed or not.
Sani said: “I have the belief they are alive because if they were not, certainly, the group in their own criminality and violence, would have announced that they had killed them.

“Don’t forget they have been very honest in the past in telling the world who they have killed or not. If they are not alive, certainly, we would have known, but they are actually alive and I believe it is an issue which the government needs to thrash out before we go into the final phase of ending insurgency in the Northeast.”

The lawmaker who has been an activist before coming to the Senate, has been involved in three previous failed bids to broker peace between the group and the Federal Government.
He said the disagreement between the Federal Government and Boko Haram on the release of the latter’s commanders from prison was often responsible for the collapse of such bids.
“A number of things went wrong with previous efforts to broker peace between Boko Haram and the Federal Government,” Sani contended.
“First, some of the demands made by Boko Haram were such that the government was not ready and willing to oblige.
“The group has always insisted that it is willing to agree to peace provided its members are released by the government. But the government had never been ready to do that. That has been the sticking point where all previous negotiations had always crashed.

“So, if the government says it is ready for negotiation, it should also be ready to concede certain things in the interest of peace,” he maintained.

Reminded that the government claims it could not negotiate with phantom groups or individuals, Sani said that the announcement of intent by the government to dialogue with the group was not the same as taking steps to actualise its desire.

To start with, the Senator suggested the setting up of a special technical committee by the government with a waiver which suspends anti-terrorism laws and make it possible for genuine discussion to begin with the group.

He pointed out that since there were laws that made it a crime for anyone to communicate or be identified with Boko Haram, it would not be possible for persons who could assist to come forward for fear of being arrested and prosecuted for aiding and abetting terrorism.

Sani said that although the government in the past fell victim to fake groups in the course of trying to broker a ceasefire with Boko Haram and lost millions of Naira in the process, he disclosed that he had made at least three genuine attempts to bring about peace with the sect and the government.

“There is no doubt that there have been times in which the Federal Government actually engaged in discussions with phantom groups and individuals but there are also times where the negotiations were very credible.
“In 2011, I was able to facilitate a dialogue between the group and the Federal Government when I brought in former president Obasanjo to talk to the families of the insurgents. Another one, which was with the President of the Supreme Council of Sharia, Dr. Ahmed Datti, where he represented the Boko Haram group, which came out openly to announce him as their representative,” he revealed.
To bring the saga to an end, Sani suggested that the government should involve a Nigerian journalist, Ahmad Salkida, who now lives in Dubai, in any discussion with Boko Haram, describing him as being very credible and crucial in such talks.

He said the journalist, who had been involved in one of the talks with the government and the sect, had risked his life to broker peace with the group out of sheer patriotism for Nigeria and nothing more.

Sani said he would also be ready to work with other stakeholders to see how to bring about genuine negotiations with the group and government with a view to ensuring the release of the girls, if given the authority by the government to do so.

“I cannot do it alone; but it has to be a teamwork approach with others like clerics, elders and people who have something to offer in the peace process,” the Senator said.