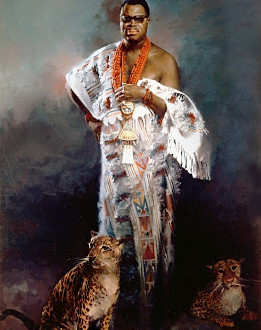 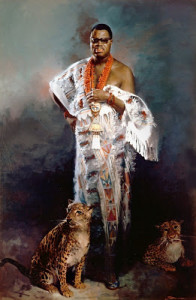 Chief Antonio Oladeinde Fernandez, 79, the billionaire businessman died Tuesday night in a Belgian hospital after a brief illness, a source close to the family has confirmed.

Details of the death of the oil magnate, diplomat and former Permanent Representative of Central African Republic to the United Nations (UN) remained hazy last night.

One of Africa’s richest men, the late Fernandez was born in Lagos into the Fernandez family which originated from Brazil.

He was former adviser to the Angolan government on Economic Matters, a position he held for two years until his appointment as Deputy Permanent Representative of Mozambique to the United Nations in 1984.

He ran an oil company known as Petro Inett – which obtained 50 percent share with South Africa-based Energy Africa Ltd in a deal with the state oil company for exploration rights on a 4,700 km2 area of Angola’s coast.

In 1992, he was appointed Special Adviser to the President of Mozambique on International Economic Matters, a position he held for three years.

Even though a Nigerian, he was appointed the Permanent Representative of Central African Republic (CAR) at the United Nations in 1997. Fernandez had interests in the CAR’s oil industry.

That does not include his bauxite (for aluminum) exports, gold mines (in Angola) and diamond pits. He had shares in View, Sandcat Petroleum, Sanantonio, Goldfields, Voguehope, Grantdalem Inuola, Sandcat Goldfields, Woods and Petro Inett Equatorial Guinea.

He was also at one-time the Consul for Benin Republic (then Republic of Dahomey) in1966. He was a long-time adviser to President José Eduardo dos Santos of Angola.

He was married to Aduke Fernandez, whom he divorced in July 2003 following a £300m divorce suit settlement in Scotland. Aduke through her counsel, Charles Macnair QC, asked the court to compel Chief Fernandez to pay her a lumpsum of £5 million and allowance of £75,000 monthly for three years but the case was dismissed by the court. He married Halima in 2003 but Aduke died in 2013.

He was the father of Princess Antoinette Oyinkansola Fernandez, from his relationship with Erelu Kuti of Lagos, Erelu Abiola Dosunmu.

Another of his daughter is Abimbola Fernandez, a model for Vivienne Westwood during the Edinburgh Fashion Week. In 2009, her face was the album cover for platinum-selling artiste Cobra Starship’s CD “Hot Mess”. She also modelled for the cover of the single, “Good Girls Go Bad”.