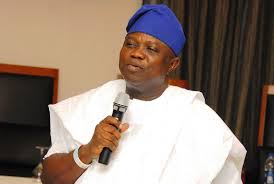 Mr. Akinwunmi Ambode, Governor of Lagos State has said that the diversification of Nigeria’s revenue base as a result of the dwindling revenue from oil poses a threat to the government of the country at all levels.

Ambode, who spoke in Lagos at the investiture of the 12th President of the Chartered Institute of Taxation of Nigeria, Dr. Olateju Somorin, said the current economic challenges facing Nigeria called for greater commitment and contribution from all stakeholders particularly professional bodies.

He advised state governments and the Federal Government to develop alternative revenue sources as persistent declines in global oil price continue to impact negatively on the nation’s oil revenue.
The governor said, “Today, a major challenge facing government at all levels is the diversification of our revenue base as a result of the dwindling revenue from oil.

In the light of his celebration with the new CITN president, the governor charged members of professional bodies in the country to uphold ethics and best practices that would move the nation forward economically.

“We must be truly professional in our conduct and practice. This is the only way we can continue to earn the respect and trust of all those who look up to us as people of honour and integrity,” he added.

The governor acknowledged the relevance and role of professional bodies in the successful realization of government’s fiscal policy objectives.

According to Ambode, the professional inputs of the CITN in the implementation of the various government reforms aimed at repositioning the economy was crucial to the overall objectives of his administration.

He stressed the need for the administration’s resolve to run an all-inclusive government, adding that the government was open to “ideas and suggestions that will add value to governance in Lagos State.”

In her acceptance speech, Somorin, who rolled out the five-point agenda of her tenure, said the institute was ready to collaborate with other professional bodies and chart a new course for the economy from time to time.

She said CITN will pay attention to human capital development through training and retraining of personnel.