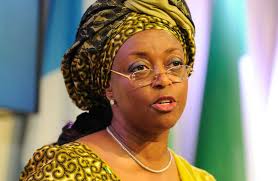 A four-man panel set up by the Economic and Financial Crimes Commission (EFCC) to investigate the activities of Mrs. Diezani Alison-Madueke, immediate-past minister of Petroleum Resources, and the Nigerian National Petroleum Corporation (NNPC) has commenced its investigations.

EFCC constituted a four-member committee of crack detectives to probe all the NNPC accounts which were supervised by the former minister.

The committee, led by a Superintendent of Police who was seconded to EFCC, also has three other members who were pioneer civilian operatives of the commission.

The ongoing probe of the immediate-past administration by President Muhammadu Buhari is aimed at beaming its searchlight on the alleged purchase of three mobile stages, costing $6.9m, by former president Goodluck Jonathan and two of his officials.

A document from the Presidency on Saturday revealed that the deal was allegedly carried out by Jonathan, his Chief Security Officer Gordon Obuah and Alison-Madueke, with money withdrawn from one of the numerous accounts of the NNPC.

The $6.9m (about N1.37bn) was said to have been withdrawn for the purpose of buying three pieces of 40-feet mobile stages for use by Jonathan during the campaign.

A group, Crusader for Good Governance, had petitioned the EFCC accusing the former minister of squandering millions of dollars of public funds to charter private jets.

The petitioners also accused her of spending $300,000 on an average international trip.
The group also alleged that NNPC, a government agency she oversaw, maintained a Challenger 850 Visa jet which serves the former minister’s needs as well as those of her family. The cost of running the jet is $500,000 per month.
Alison-Madueke was also accused of going to a meeting of the Oil Producing and Exporting Countries in Austria in a private jet.

The committee set up by the EFCC has since commenced probing the NNPC accounts and activities of the former minister.
According to an EFCC top operative, the commission has commenced investigation into the issue, which is not limited to just inviting the former petroleum minister, but to also investigate her operations in the NNPC under the watch of the four-man team of crack detectives set up by the commission.

The source said, “The terms of reference of the committee include to look into all the NNPC accounts which were under the supervision of Mrs. Alison-Madueke.

“The committee has since commenced work; they are still working. I think a very senior police officer, a Police Superintendent, is leading the other operatives in the probe of Diezani and the multiple accounts of the NNPC,” the source said.
Meanwhile, Obuah, through his lawyer, Mr. Andrew Tsekiri, has denied the allegation of purchase of three mobile stages costing $6.9m for public appearance of the then President.

Obuah, on Sunday, said the allegation was false and challenged the Federal Government to produce evidence instead of putting him on trial in the media.

According to Tsekiri, his client had been confronted with the allegation while in the detention of the Department of State Services, which was investigated and found to be untrue.

“Let me tell you, nothing like that exists. Obuah did not make demand for that money for any stage. Let them show to Nigerians evidence that he took the money. When Obuah was in their (DSS) detention, they investigated this particular matter and found out that it was false.

“He was confronted with the allegation. Mr. Obuah told them that he knew nothing about it, and they found that the allegation was false. They released him, why are they bringing it up again?” the lawyer said.
Tsekiri also explained that Obuah had not been contacted over the allegation by any government agency since his release from the DSS detention in July.

He said, “They have investigated the allegation and they found out it was false, since then no government agency had contacted or invited Mr. Obuah.

“They should show how Diezani authorised the payment of the money and how it left Citibank to Zenith Bank, to Access Bank to Sterling Bank and they should show how it ended in Obuah’s account.”
He also accused the Buhari Administration of not being interested in governance but to frame up allegations against people.

“They are just lying against Diezani and Mr. Jonathan. That is what they are doing. Let me tell you what they want to do. They will charge Obuah to court, make all the noise about the allegation that has been published, knowing full well that the matter will not be decided in about a year or two, and by then, the public would have forgotten about it but they would have spoilt your name,” Tsekiri said.