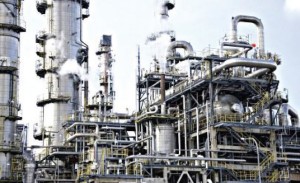 The companies were selected from about 285 applications that were screened for it.

Modular refineries are mini-refineries with capacities ranging from 1,000 to 10,000 barrels per day (bpd) processing, which can be assembled or disassembled easily and transported for enhanced performance and efficiency.

The decision to award Licence to Establish, LTE, which was taken within 10 days of his assuming office in June, may not be unconnected with his desire to see the increase in domestic refining capacity to meet local demand, thereby reducing huge import bills for subsidy.

Although the Department of Petroleum Resources (DPR), the industry regulator, feigned ignorance of the development, one of the beneficiary companies confirmed that the measure is also meant to cushion off the impact of crashing oil prices at the international market.

The shock is not only in the period the approvals were given, but also in the numbers granted considering the fact that 18 LTEs were granted in 2002, but only one of them had come on stream with just 1,000 bpd processing capacity.

The refinery is operated by Niger Delta Petroleum Resources, NDPR, which produces only automotive gas oil, AGO, popularly called diesel.

How approvals were granted

Chief Executive officer of the beneficiary company, who spoke in confidence, said the number was not unilateral, but “the mop up of all applications for private refining since 2007.”

He admitted that the process took a period of six months, dating back to former president Goodluck Jonathan’s administration, adding “the process was rigorous as they looked at many issues including land, investment, technical competence, design and a host of many others.”

He added that licences were offered on a two-year tenure, after which it will elapse, and that “the beauty of these awards is that there was no lobbying, as the whole exercise followed due process.”

In his opinion, there is nothing wrong with the high number of awardees, arguing that “for a country like Nigeria, the more in-country capacity, the better for us, because in a falling oil price regime, the more you refine, the more value you add and the more revenue you earn from your crude.”

A top management staff of DPR, when contacted, simply said: “I am not aware of any such huge approval.”

When prodded further, he added: “What I know is that DPR recently released guidelines for the establishment of refineries and we had road shows in Lagos, Port Harcourt and Abuja to sensitise investors.”

Ordinarily, there are three levels of approval for setting up private greenfield (new) or modular refineries in the country.

They are Approval to Establish, LTE; Approval to Construct, ATC, and Licence to Operate, LTO.

An investor must satisfy the requirements in each level of approval before proceeding to the next, as shown in the guidelines.

DPR had explained that the guidelines for the establishment of modular refineries in Nigeria were configured with the aim of shortening the approval time for licensing of refineries.

To woo investors to the project, DPR also reduced the licensing fee for new refineries from $1 million to $50,000.

Government is desirous of refining at least 50 percent of its crude output in-country, not only to reduce import dependence, but also be an exporter of refined petroleum products.

Challenges
Also confirming the development, a petroleum expert from the Emerald Energy Institute, University of Port Harcourt, Professor Chijioke Nwaozuzu, said he was more concerned with the challenges for establishing such refineries.

According to him, such challenges are tied to political, land, funding, crude feedstock and market availability.

He said: “These refineries are going to be located mainly in the Niger Delta, and the state governments may want to get involved because it is a high revenue earner, which grants only 28 days credit cycle.

“Also, refinery requires huge land, and there may be issues with acquisition from the land owners and to cap it all, refinery of any capacity requires huge capital. You need at least $30,000 per barrel, which is a huge sum even for a 1,000kbpd refinery.”

Feedstock… as in power sector

Furthermore, he noted that if Federal Government does not guarantee feedstock for those who complete the approval cycle, Nigeria may have a repeat of what happened with the initial 18 licences granted in the past.

Nwaozuzu, urged government to guarantee feedstock to the refineries, as it is doing with the existing 445,000 combined capacity four refineries, in addition to also guaranteeing the off-take of the products for the local market.

He noted that “if there is no guaranteed market, we will face a similar situation like what is happening in the power sector, where meter manufacturers have manufactured millions of meters, but the distribution companies refused to take them.”

Also, in the area of funding, he noted that “some modular refining equipment manufacturers in the US can partner with the licencees by contributing their equipment as equity investment in the project, while some can work with the US Export-Import, EXIM, Bank to finance their equipment.

“However, the bank will need government collateral or guarantees.”

Against this backdrop, he urged government, through the Central Bank of Nigeria (CBN), to provide such collaterals for ease of take off for the refineries.

Besides these guarantees, he suggested other incentives to boost the modular refining operations to include guarantee of 100 percent crude oil feedstock for all refiners for at least 10 years; discounted price of crude oil for domestic consumption; a minimum of 60 days’ credit for each cargo of crude oil, at least for the first five years of operations; supply of crude feedstock should commence as soon as DPR can certify mechanical completion of each new plant.

Others are guarantee of 100 percent refined products off-take by government (NNPC); government guarantee of foreign loans for domestic companies wishing to set up refineries; plants should be granted tax exemption for at least three years from date of commencement of operations; plants should be exempt from import and export duties and value-added tax (VAT), for at least five years; plants should enjoy accelerated capital allowance of about 95 percent and the percentage of assessable profit for the purpose of capital allowance recovery should be 70 percent at most.

Other industry experts also noted that “these mini-refineries will not only reduce or even eliminate Nigeria’s dependency on imported products, subsidy and traffic congestion, it will also revive the local economy, make roads last longer and be safer, and return Nigeria to exporting refined petroleum products.”

Besides, they pointed out that “a few African countries are refining to meet their needs through the regular and modular refinery models.