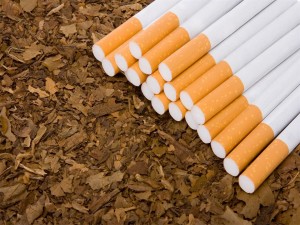 The Dr. Goodluck Jonathan administration may not be said to have got a good public rating but public health advocates opine thatthe signing of the National Tobacco Control Bill (NTCB) into law at the end of the life of thatadministration was a move deserving of commendation. The tobacco bill had been in the works for years, starting in 2004 and 2005 respectively, when Nigeria signed and ratified the World Health Organisation Framework Convention on Tobacco Control (WHO FCTC) with a host of other countries.
The WHO FCTC is considered the first global health treaty recommended by the WHO to cut down on the annual deaths linked with tobacco smoke. At the last count, over 200 countries had signed and ratified the treaty and moved to stages of implementation.
So for Nigeria, domesticating the treaty through the NTCB makes it stand shoulder high with the rest of the global community that had taken similar steps to safeguard the lives of their citizens.
Put in perspective, what is most gratifying is the fact that at implementation, the law will help Nigeria cut down on the number of deaths and the huge health burden attributable to tobacco consumption and set the stage for the tobacco companies operating in the country to be more responsible.
The bill itself proposes far-reaching provisions that include increase in taxes on tobacco products, approval of graphic and bold health warnings, and ban on sales to minors.
Unfortunately, some gaps that may be considered revolving doors are also inherent in the bill. One of such revolving doors, is the inclusion of the Manufacturers Association of Nigeria (MAN) in the constitution of a National Tobacco Control Committee (NATOCC). The NATOCC which is to be coordinated by the Minister of healthwill embrace all stakeholders including civil society organisations, law enforcement agencies, the Nigerian Customs Service (NCS) and the Standards Organisation of Nigeria (SON), among others.
For public health advocates, in the creation of the NATOCC, the inclusion of MAN which a major tobacco company like the British American Tobacco Nigeria (BATN) is a part of, is likely to be exploited to twist the process.
Knowing the tobacco industry penchant to latch on any opportunity, this nest is one that directly puts it on the same table with public health advocates in conflict with the WHO FCTC Article 5.3 which advices parties to “protect against conflicts of interest for those involved in setting and implementing tobacco control policies”.
The provision recommends Prohibiting the membership or representation of the tobacco industry on FCTC delegations or domestic tobacco control bodies as well as government partnership or collaboration with the tobacco industry.
The relentless effort of the tobacco industry in undermining the process is evident in the fact that since May 2015 when the Presidential assent was penned on the billthere has been a noticeable upswing in tobacco industry so-called corporate social responsibility (CSR) reports in the media.
Some few weeks back, BATN Foundation was in one of such engagements in Kwara State, allegedly to promote sustainable development in the rural areas, through agriculture. The company allegedly flagged off a second cycle of its Community Cassava Enterprise Value-chain Development Project.
But experts are not hoodwinked. If not the commissioning of one cassava project or the other, tobacco companies and their subsidiaries are organising one seminar or the other that are splashed in the papers. Ironically, one slant suddenly emerging is the renewed push for tax waivers and other concessions.
Those who know the tobacco industry well, know that their aversion to increasing tobacco products’ taxes goes beyond the Nigerian shores. A recent research in the UK, showed that in 2011 the Tobacco transnationals were all over the media cautioning that illicit trade would increase if standardised packaging is implemented.
The study showed that the siren was actually a strategy by the tobacco firms to thwart a major legislation on standardized packaging as it showed that media reports on growing illicit tobacco actually began in June 2011, just two months after the Tobacco Control Plan for England on standardised packaging was issued.
In year 2000, BAT was also accused of benefitting from smuggling in an expose by The Guardian in the UK. Journalists who laid their hands on once secret internal industry documents found that BAT had secretly encouraged tax evasion and cigarette smuggling for decades in an effort to secure market share and lure generations of new smokers.
Armed with such evidence, it is therefore right thattobacco taxes in Nigeria should be upped. The immediate action should be on implementation of the NTCB. Nigerians want to see the Ministry of Health rising up to the occasion by leading all genuine stakeholders for effective implementation of the law.
Further delay as they say, is dangerous and will be exploited by the tobacco industry to further illicit trade while putting on a civil face through its so-called CSR and other visibility actions. The onus is therefore on theNational Assemblyto gazettethe bill to pave way for implementation.