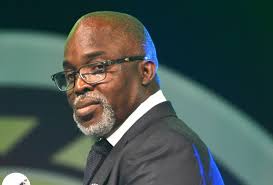 These persons will be joined by at least one representative from each of the 20 clubs in the Nigeria Professional Football League, though most of the clubs are sending more than one official.