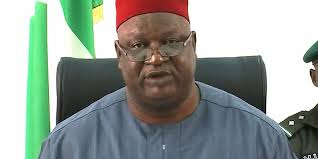 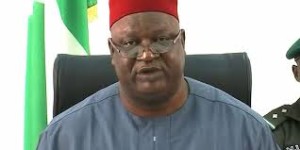 Senator Anyim Pius Anyim, immediate-past secretary to the Government of the Federation (SGF), has been dragged before the Economic and Financial Crimes Commission (EFCC) for fraudulent acquisition of over 1,500 hectares of Abuja land in the Federal Capital City for the multi-billion dollar Centenary City project.

In a petition dated, July 21, 2015, Dr. Cairo Ojougboh, National Vice Chairman (South-South) of Peoples Democratic Party (PDP), called on President Muhammadu Buhari to, as a matter of urgency, probe Senator Anyim who handled the Centenary City project, adding that former president Goodluck Jonathan was not properly briefed about the project before he appended his signature to the Centenary City document.

“I am calling on President Buhari now to revisit the Centenary project and he will be shocked at the findings that the project was owned by private individuals but procured with government funds.”

Share
Previous Air Safety: NCAA Orders Comprehensive Audit Of All Airlines
Next US Approves Women’s ‘Viagra’ Despite Concerns About Side Effects