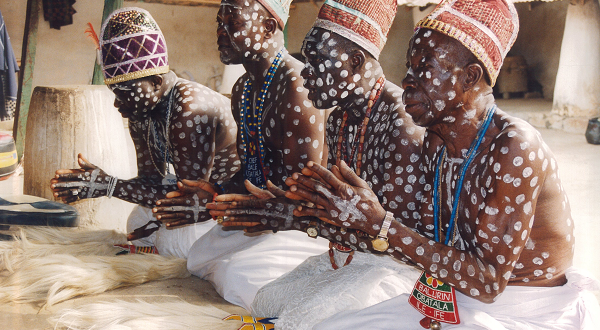 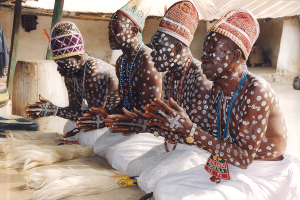 Two hundred traditional priests, said to be representatives of deities, converged on Ile-Ife late Friday for a series of traditional rites of passage for the late Ooni of Ife, Oba Okunade Sijuwade who is the 201st deity in Ifeland.

Informed sources hinted that immediately after the service, residents were asked to leave the area for subsequent rites to be performed by traditionalists.

“Before 4pm when the restriction of moment would start, people loitering around the palace area were told to leave and the traditionalists took over the area,” the source said.

As early as 3:30pm on Friday, representatives of the deities had started arriving in the palace in preparation for the final rites on the remains of the late monarch.

“As at then, the remains of Oba Sijuade were still being expected in Ile Oodua. But the representatives of the deities were already on ground. The remains later arrived in the evening and the rites began.

“Apart from the representatives of the deities, all members of Isoro cult were also on ground. And it was purely an affair for those that were really concerned.
“No member of Oba Sijuade’s family was involved in the rites but on completing the process Saturday morning, an item under wrap, we are told must be given to the family of the late monarch,” the source concluded.

When asked if the remains of Oba Sijuade had been buried, he simply responded, “only members of Isoro cult can answer that.”