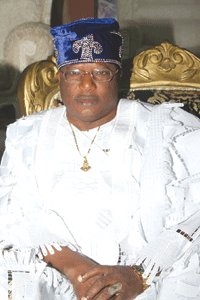 Ooni Nominated Me As Succesor Before He Died – Rahmon Adedoyin

August 16, 2015 Comments Off on Ooni Nominated Me As Succesor Before He Died – Rahmon Adedoyin 82 Views 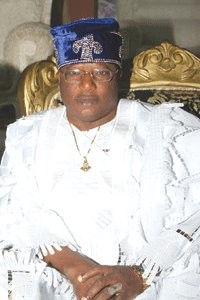 Dr Rahmon Adegoke Adedoyin, the proprietor of Oduduwa University, Ipetumodu, Ile-Ife, Osun State, is a Prince from Ile-Ife (Agbedegbede/Oshinkola) Akui Ruling House. His developmental strides, particularly in the cradle of Yorubaland, prompted the late Ooni of Ife, Oba Okunade Sijuwade, to honour him with the chieftaincy title of the Maye of Ife. Adedoyin also owns a university in the United States and two polytechnics in Nigeria, among other investments. In this interview, he speaks about the problems and prospects of education in Nigeria and how history and tradition favour him to emerge as the next Ooni of Ife. Excerpts:

How the journey began
This bold vision started about 35 years ago when I was an undergraduate at the then University of Ife. I was approached by a particular lecturer to coach his child in Mathematics. The success I recorded with that child led to his introducing me to a number of his other colleagues. By the time I graduated, I had established a fairly large home lesson such that I didn’t bother to look for a white collar job on completion of my Service year. Those familiar with the old Oyo State in the early 80s will remember the name Universal Tutorial College. When the military government deregulated tertiary education in Nigeria, we took advantage of the opportunity to apply for the licence to run a polytechnic and, after crossing so many hurdles, Universal College of Technology, Ile-Ife, the first private polytechnic to be recognised by government, emerged and got accreditation with the National Board for Technical Education. We later sought approval for a change in nomenclature which was granted in 2009 and so the Universal College of Technology, Ile-Ife changed to what is now called The Polytechnic, Ile-Ife. We also sought approval from the National Universities Commission towards the establishment of a university and with the assistance of notable Nigerians like the Ooni of Ife, Oba Okunade Sijuwade, former president Olusegun Obasanjo, among others, the licence to run Oduduwa University, Ipetumodu, Ile-Ife was granted on November 3, 2009.

Why the name Oduduwa University?
When the idea of choosing a name for the university came up, people came up with different ideas as to the nomenclature, but I thought inside me that this dream is not mine alone, the project should glorify the entire Yoruba race and, looking back into history, nobody or government has deemed it fit to honour the progenitor of the Yorubas in this manner. I thought it would be the most befitting honour one can give to honour such a great legend and we give glory to Allah that the National Universities Commission accepted it. Oduduwa University, Ipetumodu is a child of destiny. The road to its recognition and eventual licensing by government was a long and tortuous one. The journey started about ten years ago. The process involved about 13 stages. There were series of facilities inspections by the NUC’s Standing Committee on Private Universities (SCOPU). We thank God that the series of visitations and documentations yielded positive results as we were finally given the operational licence in 2009. At inception, we kicked off with two Colleges; College of Natural and Applied Sciences and College of Management and Social Sciences. In the College of Natural and Applied Sciences, the university has degree programmes in Chemistry, Industrial Chemistry, Biochemistry, Microbiology, Mathematics and Statistics, Computer Science, Mathematics and Computer and Physics Electronics.

In the College of Management and Social Sciences, we offer degree programmes in Economics, Economics with Computer Science, Mass Communication and Information Technology, Accounting, Banking and Finance, Business Administration, International Relations and Public Administration. All these programmes are duly approved and accredited by NUC and I am happy to tell you that the university has turned out two sets of graduates who are already doing us proud in the labour market. Along the way, we have also got approval from NUC to start the College of Environmental Design and Management with programmes in Estate Management and Quantity Surveying etc. Structurally, the institution has also witnessed series of developments in the past six years; our well stocked University Library is a cynosure of all eyes. We have an imposing Senate Building, conducive and standard classrooms and lecture hall, well equipped and stocked studios and laboratories for the different programmes. We also have safe and comfortable accommodation for students and staff, while our health centre provides all-round medical attention for all the members of the institution. These are just a few of the facilities provided to make teaching and learning fun for all. The staff are well motivated as salaries and other emoluments are paid as at when due.

Assessment of Nigeria’s education policy
Candidly speaking, Nigeria’s problem has never been lack of policy but in implementing the policies. Many of our educational policies are also outdated. For example, in most advanced countries, the National and Higher National Diploma programmes have been phased out as polytechnics have been upgraded to degree awarding institutions even to the doctoral level. There is a need for the government to review this. Polytechnics are supposed to be the bedrock of technological development of any country, but because of the discrimination between holders of Higher National Diploma and Degree holders, most candidates clamour for university education thereby putting so much pressure on our university system. Nowadays most students don’t want to become teachers or go to Colleges of Education. The implication is grave for our educational development. I will like to suggest to the Federal government that our polytechnics and colleges of education be upgraded to degree awarding institutions up to doctoral level as obtained in United States and Britain.

As a prince from one of the ruling houses, do you have the capacity to emerge as the next Ooni of Ife?
Some elders are already encouraging me to do it. You know I was close to Oba Okunade Sijuwade. I got a lot of tutelage from him. I never expected that it (Oba Okunade’s death) would happen so soon. I feel that I should retire as an Ooni of Ife in the future. In Ile-Ife, historically, Ajagun, the late Ademiluyi, pointed to the late Adesoji Aderemi as his successor while he was still alive. Similarly, Oba Adesoji Aderemi, while alive, pointed to Prince Okunade Sijuwade then as his successor while alive. While Oba Okunade Sijuwade was alive, he pointed to myself, Rahmon Adedoyin, as his successor. No Oba in Ile-Ife will not point to his successor before leaving. The chiefs, the “Emeses”, etc were all present there when kabiyesi said, “Ti oju ba yeju, ki ohun ma ye ohun” meaning, “when I’m no more, don’t change my decision”. Historically, if the wish of the predecessor is changed, the Oba only stays there for a short time. Even history had it that an Oba who was forced there later died before he left ‘Ilofi”. I am not desperate to become the Ooni. I am sure you know I have plenty commitments being a proprietor of two universities and two polytechnics. I need not tell you I have commitments, I want to drop all and serve Ife.

My plans to develop Ile-Ife
In spite of my busy schedule, even outside the country, out of 365 days in a year, I often spend over 200 in Ile-Ife and many people can attest to this. What this simply means is that i have lived all my life in Ife, so I know Ife problems and I have plans on how to solve them. I will offend many people if I start to enumerate them. My activities in Ife as a jinx breaker is enough. One major fact however is tribal wars which I will never allow. I won’t allow crisis in any way. When we have peace, we would have progress. Ooni is the world acclaimed leader of the Yoruba nation. He is the traditional leader of the Yoruba people. As Ooni, I will identify political leaders, spiritual, business leaders, etc. I will try not to interfere in politics. Although implications might come, i will be very careful.

Share
Previous Zannah Mustapha: Final Moments Of The Late Borno Dep Gov
Next ‘We Don’t Mind Wrestling With Pig As Long As It Produces The Pork’

The Professor, the Journalist, and their Country  By Toyin Falola   This is the third …