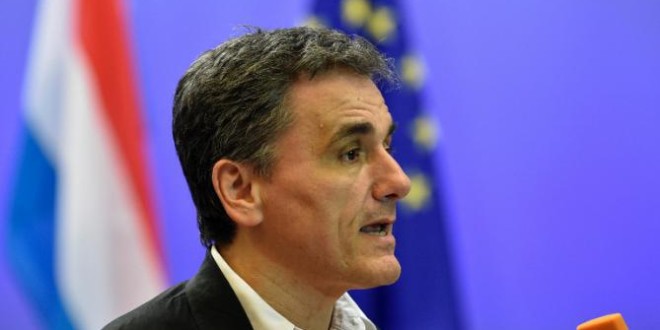 The finance ministers of the 19 eurozone countries have approved the terms of the latest Greek bailout deal. This decision comes after a six-hour meeting in Brussels.

Meeting in Brussels on Friday, finance ministers from the 19 eurozone countries have given their approval to the latest bailout for Greece. Their decision comes the same day Greek lawmakers voted to approve the measure following an all-night debate in parliament.

“New loans of up to 86 billion euros will be made available over the next three years to Greece,” the European Commission said in a statement at the end of the talks.

European Commission President Jean-Claude Juncker praised Greece and the eurozone countries for working together to find common ground after six months that “have tested the patience of policy-makers and … our citizens even more.”

“Greece is living up to its ambitious reform commitments agreed onJuly 13,” Juncker said. “The other eurozone countries are delivering on their promise of continued solidarity made on the same day. The message of today’s Eurogroup is loud and clear: On this basis, Greece is and will irreversibly remain a member of the euro area.”

Approval from the eurozone was the next step for Greece as the country seeks a third international bailout to bring it back from the brink of defaulting on previous international loans. Now, certain national parliaments of eurozone members – including the German Bundestag – must ratify the measures.

The Greek parliament has already done so. Overnight, Greek parliamentarians took part in a long and heated debate before finally approving the 86-billion-euro ($96 billion) bailout to keep the country financially afloat. The terms of the deal had been reached a few days prior between Greek Prime Minister Alexis Tsipras and Greece’s foreign creditors.

During the all-night debate ahead of the vote, Tsipras urged lawmakers to make the “necessary choice” for the Greek nation, strongly warning against the option of a bridging loan, incidentally a German proposal, because it would hurl Greece back into a “crisis without end.”

The latest bailout is the third for Athens in five years. Many critics believe additional bailout funds will only worsen the county’s battered economy and unemployment problems. The conditions for the latest loan include further spending cuts in Greece, pension reforms, and market liberalizations.

Although the bailout passed the Greek parliament, Tsipras continues to lose the support of members within his own Syriza party. Only 118 of the 162 members of Tsipras’ governing coalition (comprising Syriza and the small right-wing Independent Greeks) voted in favour of the bailout. Greek state television has reported Tripras would call a vote of confidence in his government this month, but this has not been confirmed.

The German parliament has been summoned for a specialWednesday session to vote on a new bailout deal for Greece. Chancellor Angela Merkel is likely to face more resistance from within her party.

The 631 elected representatives of the Bundestag, currently on holiday, have been asked to return to Berlin on Wednesday to approve a third aid package for Greece.

While there is little chance that the Bundestag will reject the new bailout deal, the vote is being seen as a leadership test for Merkel, especially as there is no guarantee that the International Monetary Fund (IMF) will participate.

The lawmakers endorsed a continuation of negotiations on July 17, but the 85-billion-euro ($95-billion) package on the table now still needs approval.

Merkel is likely to face increased resistance after 65 lawmakers from her conservative Christian Democratic Union broke ranks and voted no in the July vote.

After backing two previous bailouts, the Washington-based IMF renewed its call for debt relief – something that has represented a rift between the global financial institution and the Eurogroup in recent months.

The money would represent the third aid package for the indebted country of 11 million people, and is designed to provide capital to keep the country’s economy solvent.

But the package also includes painful austerity measures that critics of past bailouts say have created a downward spiral. The Greek government, some argue, has been forced to pump money out of the country to service foreign loans, choking the domestic economy, and depriving the state of tax revenue to pay its debts.

This third package imposes privatizations, cuts in public spending and a slew of reforms that Greek voters rejected in January, when they elected the anti-austerity Syriza government, and in a subsequent referendum.

The International Monetary Fund has renewed its call for Greece to be granted debt relief. It comes as eurozone finance ministers agreed to a further bailout for debt-stricken Athens.

Following the eurozone announcement, International Monetary Fund (IMF) Chief Christine Lagarde, who had joined in the finance ministers’ discussions by conference call on Friday, released a statement calling for some form of debt relief for Greece. Several of Greece’s creditors oppose such a move, yet see the Washington-based IMF as having a key role in providing further support for Greece.

“I remain firmly of the view that Greece’s debt has become unsustainable and that Greece cannot restore debt sustainability solely through actions on its own,” Lagarde said.

“It is equally critical for medium and long-term debt sustainability that Greece’s European partners make concrete commitments… to provide significant debt relief, well beyond what has been considered so far,” Lagarde added.

The eurogroup had opposed any “haircut” or trimming of the debt but was open to other options including extending the repayment timeline, which would have a similar effect, if Greece was found to have met its loan conditions in a review scheduled for October.

German Finance Minister Wolfgang Schäuble, who has become the face of austerity demands by Greece’s creditors, took a “wait and see” approach with regards to the agreement reached following months of fraught negotiations.

“This is an opportunity. But what is decisive is that Greece does what it says it will do,” Schäuble said.

Following six hours of talks in Brussels on Friday, eurozone finance ministers agreed Friday to lend Greece a further 86 billion euros ($96 billion), to be released in stages. Greek lawmakers had accepted a reform package – containing many of the austerity elements voters had rejected in a July referendum – following a lengthy debate in parliament. The agreement is awaiting approval by several parliaments of eurozone countries, among them Germany. If those parliaments agree, which it is expected they will, 13 billion euros should be in Athens next Thursday and a further 10 billion will be set aside at the European Stability Mechanism.

“Together, we have looked into the abyss. But today, I am glad to say that all sides have respected their commitments. Greece is living up to its ambitious reform commitments,” European Commission head Jean-Claude Juncker said in a statement Friday.

The Greek Finance Minister Euclid Tsakalotos said it was now up to his fellow Greeks to forge ahead.