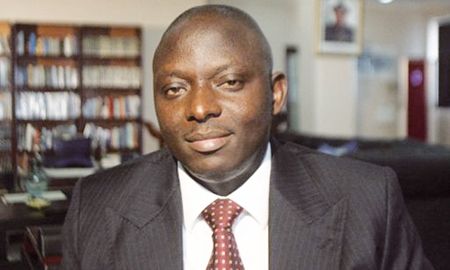 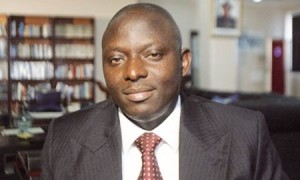 Baring any unforeseen development, the Economic and Financial Crimes Commission (EFCC), will next week dock former Director General of Nigerian Maritime Administration and Safety Agency (NIMASA), Patrick Akpobolokemi, over allegations of gross financial recklessness during his five-year tenure in the saddle.
Akpobolokemi who was believed to have politicized the nation’s apex maritime regulatory agency by allegedly using it  to finance hate campaigns against one of the presidential candidates in the last general polls, was sacked penultimate week by President Mohammadu Buhari.
Source close to the EFCC legal department said Akpobolokemi is still in custody while the anti-graft body is putting final additions to a litany of evidences that would prove the former DG’s culpability when he appears in court next week.
According to the source, the commission has “amassed various documented evidence on a litany of issues bothering on financial improprieties” allegedly perpetrated during his tenure.
The source disclosed that for instance, “the commission has gathered enough evidence to nail him on an alleged spending of N13 billion on the acquisition of land for the permanent site of the Nigerian Maritime University in Delta”.
The commission is also said to be beaming its searchlights on other areas such as transactions they believed were fraudulently used in transferring huge sums of money, including transfers of millions of dollars from NIMASA accounts to other accounts.
There agency is also being accused of, amongst other things, “using his office as DG of the agency to finance the lavish lifestyles of some Niger Delta militants”.
EFCC operatives are also said to have dug up documents of 2012 in which the Fiscal Responsibility Commission accused the maritime agency of failing to render its audited accounts from 2007 to 2011.
Since his arrest, the maritime industry has been abashed with “revelations” on how the ex-DG administered the agency with impunity for five years, with prominent industry operators now speaking out on what they claim to know about some of his alleged excesses.
One of such industry players has been a one-time Executive Chairman of NIMASA, Alhaji Ahmed Tijjani Ramallan, who in a recent post accused Akpobolokemi of  “Looting  thru (sic) money laundering over N27 billion in fixed NIMASA  funds in the name of NSDP overseas training for Nigerian seafarers with no value added to the maritime labor industry”.
Alhaji  Ramallan who was also a pioneer Chairman of the defunct  Joint Docklabour Industrial Council (JODLIC) also wrote: “meanwhile NIMASA  still give out fraudulent waivers to foreign ships on manning & crewing which is undermining the cabotage act”.
Ramallan similarly reacted to a recent public notice by the new management of NIMASA,  in which the agency announce the indefinite postponement of an earlier scheduled entrance examination into the NIMASAPLS  Science and Technical College, Okoloba, Delta State for the 2015/2016 academic session.
He wrote:   “This NIMASA Science and Tech College Okoloba Delta State project was used to Loot over N56 Billion Public funds with only A Staff Qrt, (sic) three Classes, Staff Room and Laboratory only ground which QS quantified at N500 million. Former DG and his clique must
.
Post Views: 0