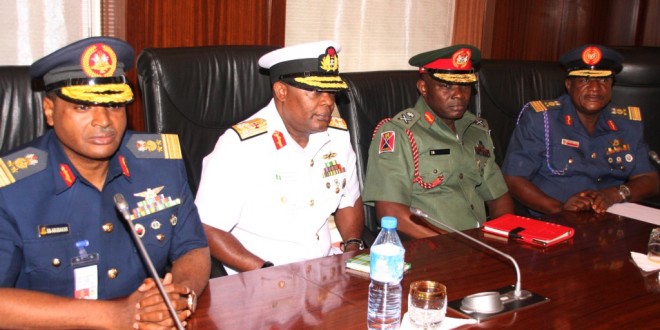 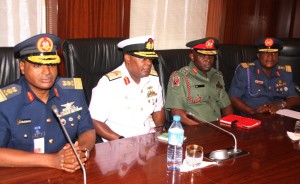 The Senate on Tuesday confirmed the five Service Chiefs after four hours of grilling in a closed session with the lawmakers.

According to Senate President Bukola Saraki, “Having successfully completed the screening and confirmation of the nominees, it is clear that their appointments were based on merit.”

Saraki urged them to restore the battered image and prestige of Nigerian Armed Forces, tackle corruption in military procurement process and stop oil theft in the Niger Delta and elsewhere.

Moreover, their appointments came at a very crucial time, when the country is still battling with Boko Haram insurgency in the Northeast.

He urged them to work hard to ensure the insurgents are routed in record time, assuring that the Senate would always give the Armed Forces every necessary support.