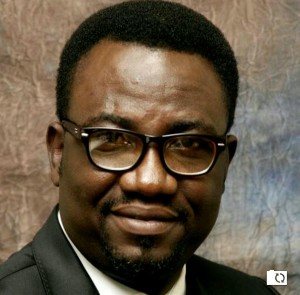 APM Terminals Apapa has announced the appointment of Olufemi Ransom-Kuti as its Deputy Managing Director.
A statement issued by the organization’s Media Consultant, Bolaji Akinola said Mr. Olufemi brings to this role 14 years of experience in supply chain operations and project management.

Before joining APM Terminals, he worked with Lafarge WAPCO where he served as the General Manager, Logistics and Procurement and with Nestle Central and West Africa Region (CWAR) Supply Chain Division.

“The Maritime industry is a major revenue earner and the port is the gateway to the nation’s economy. APM Terminals is a key player at the premiere port and a major employer of labor with over 1000 Nigerians working at the facility. I am pleased to be a part of this company and look forward to an exciting career ahead,” Mr. Ransome- Kuti said.

“A 350 million USD investment and expansion program since 2006 by APM Terminals Apapa has resulted in container volumes more than doubling and productivity increasing significantly, with waiting time for vessel berthing eliminated. Regular rail service, running three times per week to the inland city of Kano, 960 km (600 miles) distant, was also established in August 2013” he added.