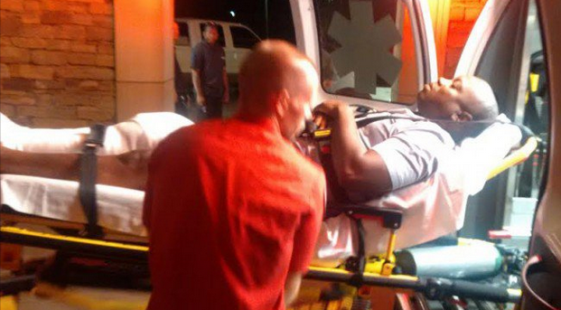 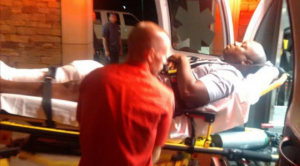 The former presidential adviser on Niger Delta amnesty, Kingsley Kuku has released pictures of knee surgery he had in a United States hospital.
In an accompanying statement ,Kuku denied claims that he was on the run from the EFCC, adding that he left N5.3 billion in the account of the amnesty programme .
Kuku had who was invited for questioning by the EFCC declined the invitation saying he was in a US hospital thereby fuelling speculations that he might be running away from the anti-graft agency.
But in the statement personally released by him Kuku said he is currently receiving medical treatment in St. Andrew Hospital, Birmingham, Alabama. 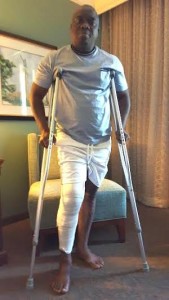 ‎He futher stated:
“Today, Amnesty project has trained pilots as we have sent our students to the best aviation school in the world. We have about 100 students in Lufthansa training school in Germany,” he said.
‎”In addition, we have about 550 students in the United States, more than 300 in Europe and more than 1000 in Nigeria. I therefore, urge the new coordinator to take human audit and balance it with what was allocated to the agency in order to draw a line between those frivolous and malicious petition been sent around
“I am a patriotic Nigerian; I have future and image to protect. Therefore, my integrity is more important to me than vanity of this world. The total liberation of my people of Niger Delta from poverty, unemployment, backwardness and illiteracy motivated me to design a program that will empower our youth.
‎”I have no regret serving Nigeria under former president Goodluck Jonathan. As human being, we must have made some mistakes in course of discharging our duty‎. I have no foreign bank account, I have no house anywhere apart from Nigeria and I have since returned all government properties in my possession, including my diplomatic passport before leaving office.”