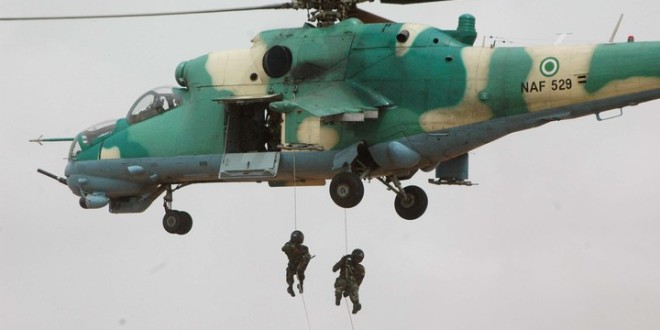 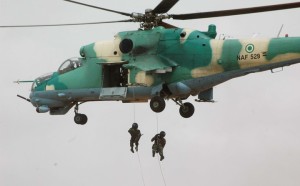 The Nigerian Air Force (NAF) on Sunday said its fighter jets successfully combined with ground troops to repel the latest Boko Haram attack against Bita village in Borno State.
Air Commodore Dele Alonge, Director of Public Relations and Information, NAF Headquarters, confirmed the counter-attack in a statement saying a large number of insurgents were killed in the operation carried out by Nigerian forces in the area.
Alonge said NAF would continue to provide combat air support to the ground forces in all operations carried out by Nigerian troops in the North-East.
“The Nigerian Air Force, using its Alpha-Jet, provided combat air support to the ground forces to attack the insurgents, where they were observed to be mopping up to carry out a deadly attack on the village.
“Consequently, a large number of the insurgents were killed and several others injured,” he said.
Alonge added that the NAF Alpha-Jet also conducted an armed reconnaissance along Bita to Gwoza road and through Yamtege, Hamdaga, Dure and Pulka.
According to him, NAF will continue to give all necessary support to the ground forces through its intensified and persistent efforts in the ongoing fight against Boko Haram.