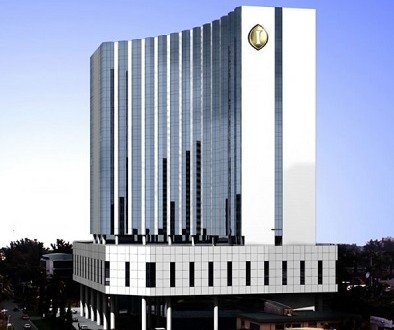 August 1, 2015 Comments Off on Custom Reverses Self on Shutdown of Intercontinental Hotel Over N23billion Unpaid Duty 91 Views 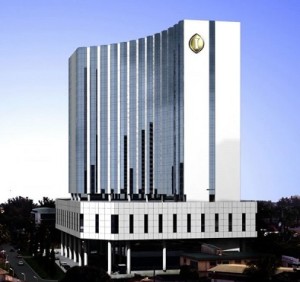 Accord to him, the new twist to the alleged debt recovery move was informed by the failure of the management of Milan Group to pay up the rice subsidy after exceeding its rice quota for 2014 .
He had justified the planned closure of the hotel saying that the Milan group is housed in the same premises as Intercontinental Hotel and shares the same ownership.
He had said, “We are not unmindful that they have guests in the hotel. We are making representations to them to ensure that either they pay Customs duty or they evacuate their guests before we come to seal the hotel premises off. Because it is the hotel premises that houses the Milan Group.
“The owner of the companies is the same. (Therefore), we have given them options; to make do either their payment or we have no choice but to stop them from operating. We (do not) want to create unnecessary scenes so we are going to be civil in our approach to the Intercontinental issue.
Adeniyi had clarified that the planned operation was in line with government directives that the premises of all defaulting importers be sealed off.
His words, “This is not a threat. We have been given a directive to seal the business premises of all defaulting importers. It is a directive we are going to carry out. (Therefore), we’ll give them one or two days notice to get their guests and their customers informed so that we don’t end up embarrassing anybody.
According to Adeniyi, some of the companies have falsely claimed that the quotas given to them were to be carried over to 2015.
Debunking such insinuations he had claimed that,” The documents conveying the quotas were explicit. The quotas were meant to bridge a supply gap. 1.3 metric tons was estimated to be what Nigeria needed to bridge the supply gap in 2014 and that it should be imported in a concessionary way. (Moreover), it was stated that any of the companies that exceeded the quota will have to pay what others who didn’t get concessions would pay, and that is 70% duty.
“So they imported 750,000 metric tons in excess. So, when told to go and pay they are now saying it is retroactive. It is carried over. We don’t have any document telling us that the waiver is carried over.”