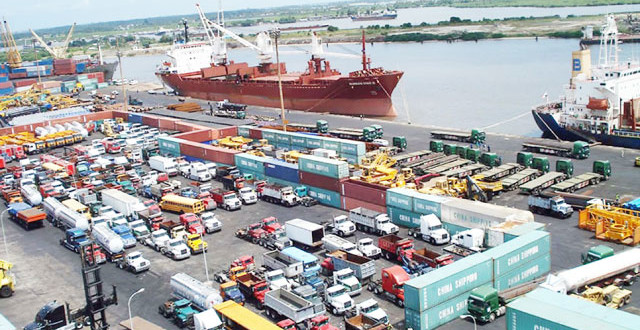 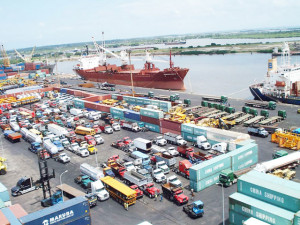 Palpable fears and anxiety may have engulfed the ranks of private terminal operators following the disclosure of government’s plans to review the existing terms and conditions of the ports concession agreement it entered with them in 2006.
We reliably gathered that although agitation for its review had been on for years following observations by critical stakeholders that the agreement was skewed in favor of the concessioners, political considerations had often subdued the move.

For instance, the concession agreement that ushered in the private operators nine years ago, has been under intense criticisms for its apparent lack of consideration for ports infrastrure developments such as rail lines, parking bays, and service providers’ lots, amongst others.

Recall that until 2013 when the contracts of one of the erstwhile service providers, Cotecna Destination Inspection limited expired, the issue of inadequate space that could have guaranteed its optimal service delivery was a major issue.
The fresh notice of an imminent review of the agreement between the operators and Federal Government, which sources said is now creating jitters within the private terminal operators, was dropped recently by the Executive Secretary, Nigerian Shippers’ Council, Hassan Bello.

Bello who dropped the hints while on an official visit to the Tin Can Island Container Terminal (TCICT) in Apapa, Lagos said the review would also take into consideration, the observable constraints being faced by the operators.
According to Bello whose agency is basking on its recent appointment as the commercial regulator for the maritime industry, “There is a need to review the concession agreements and it would be done with the involvement of all the terminal operators because we know that they are operating without power supply”.

Dependable sources revealed that the fresh move, which is part of the new administration’s bold plans to refocus the maritime industry, has been tabled before the Ministry, awaiting the appointment of a substantive Minister of Transport.

The development, we gathered, has created tension in the industry as fears are being raised that such review may also touch on the current “rationalization formula” of the agreement which observers described as unfair to the Nigerian ports Authority (NPA).
An operator who spoke with our correspondent under anonymity however disclosed that the Seaports Terminal Operators Association of Nigeria (STOAN), has scheduled a meeting for this weekend to deliberate on the issue with a view to presenting a common front.
He disclosed that under the prevailing circumstances, the terminals are already stretched to limits, warning that any attempt by government to “adversely review the agreement can only result to our need to also reduce staff strength which is a recipe for industrial chaos”.

“We want to have a port community system where there will be equilibrium in shipping operation, which will enable us to have limited time for cargo clearance,” Bello had informed his host during the visit.

He further suggested the introduction of an online booking to reduce the number of people milling around the terminal, saying his agency had plans to “bring the management of the TICT into scientific ways of handling cargo traffic; this would go a long way in reducing the gridlock in the Tin Can area”.

Bello said government had mandated the council to visit all the terminals and ensure their smooth operation in the meantime, but that a review of the entire agreement was a necessary end.

“We want you to be effective and efficient because very soon, we will be coming from time to time to audit your performance. It is important for the TICT terminal to register with the NSC so that we can monitor your affairs and make sure that the company works according to the rules and agreement of concession,” he said.

The Chief Executive Officer of the TICT, Mr. Etienne Rocher, who hosted the Council’s management team, had also promised to address all the issues raised by the NSC.
He said the terminal had invested about N70billion in the provision and development of facilities since it commenced operation in 2006.