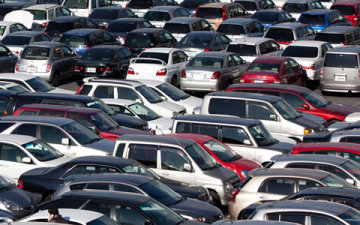 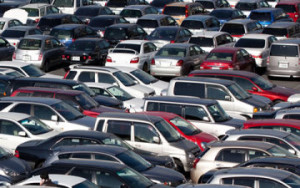 by Alex akao
Nigerians have spent a whopping $31.67 billion (about N6.3 trillion) in the importation of brand new as well as used vehicles (popularly known as tokunboh) and other allied automobile equipment between 2009 and 2013.
The development, which industry watchers have described as unhealthy for the economy was made known by the Federal Government through a data recently issued by the National Automotive Council (NAC) and presented by the United Nations Conference on Trade and Development (UNCTAD) in Abuja.
According to the report, the amount was spent on importation of vehicles, tractors, trailers and semi-trailers, civil engineering and contractors’ plant and equipment.
Breakdown of the figure shows that the country spent $5.407billion in 2008; $4.012billion in 2009; $5.592billion in 2010; $4.082billion in 2011; $6.364billion in 2012 and $6.212billion in 2013 on the importation of these items.
A further breakdown shows that about 100,000 new and 300,000 used vehicles were imported into the country in 2012, excluding tractors, trailers and semi-trailers, civil engineering and contractors’ plant and equipment.
Industry operators believed the frightening development might have informed why the former administration of Dr. Goodluck Jonathan introduced the National Automotive Policy to encourage local production of vehicles.
The policy that was widely criticized by stakeholders, notably, the Association of Nigerians Licensed customs Agents (ANLCA), imposed 35 per cent duty and 35 per cent levy on imported new and used vehicles aimed at discouraging importation.
The Association led by its National President, Prince Olayiwola Shittu had posited that the policy would, amongst other things, impede their jobs as well as lead to serious job losses by clearing agents and shipping companies alike.
ANLCA had also posited that aside from the direct impact of the Federal Government policy on imported vehicles into the country; Nigerian Shippers’ Council intention to downsize or increase share capital of freight forwarding agencies, would lead to a monumental crisis in the sector.
The group had noted further that much as the policy is not for agents to contest but the fact that they are part of a larger society, the policy needs to be reappraised by the Federal Government, in the overall interest of Nigerians.
Reacting to the development, a stakeholder who preferred anonymity said the policy failed to take off as desired by the past administration due to a huge gap in market demand and local production of automobiles, thereby promoting smuggling of vehicles into the country.
The stakeholder however called on President Muhammadu Buhari to jettison the policy due to the rise in vehicles smuggling at the country’s borders.
He also pointed out that already the policy had taken its toll on vehicles importation through the nation’s seaports, which he said has reduced by more than 60 per cent this year prompting major roll-on-roll-off (RORO) terminals to reduce their staff strength.