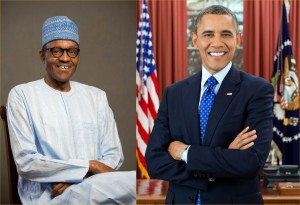 Buhari, From Washington With Dignity

July 26, 2015 Comments Off on Buhari, From Washington With Dignity 18 Views 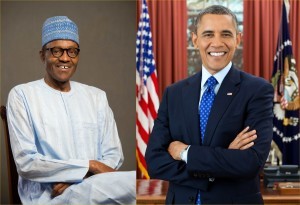 It was an official visit that attracted not only national, but also international attention. President Muhammadu Buhari was going to visit the United States of America for four days at the invitation of President Barack Obama. Was this going to be just another jamboree, or truly an event that would reset the buttons in the relationship between the two countries?

Sure, there had been some cooling of passion between the two erstwhile allies during the dying days of the Jonathan administration, and American experts sent here to train our military had even been asked to leave. She had also refused to sell us Cobra helicopters and other armaments which could have made a lot of difference in our fight against insurgents in the North-east of the country. America had cited some reasons, including alleged human rights violations. The then President Jonathan was thus forced to look towards South Africa for arms.

No doubt, the kiln of passion needed to be kindled anew between Nigeria and America, and the invitation extended to Buhari during the G7 Summit in Germany in June, was a much-needed elixir. The Nigerian leader accepted the offer, and so was in Washington between Sunday, July 19 and Wednesday, July 22.

But another whiff of controversy had presaged the meeting. America, through its Supreme Court, had recently legitimized same sex relationship. It was against the laws of God, but heck, what did America care? What matters now are rights, and people with homosexual or lesbian cravings must have their rights protected under the law.

It was into the eye of this storm that some Nigerians felt Buhari would be flying, on his trip. True, he had been asked to bring a ‘wish list’ by his host, but is there ever free lunch in America? Yes, your wish would be granted. America would help you decapitate Boko Haram, would help you trace and repatriate billions of dollars salted away in foreign banks by past rulers, would help boost your economy and generate employment, but at what price? At a price of endorsing same sex marriage, which would be contrary to our laws as a country, and to the laws of the God that majority of Nigerians believe in, and serve? Would Buhari capitulate simply because America would help him fulfill promises he made during election campaigns?

To America we flew last Sunday, arriving after a voyage of 12 hours. Our President was accommodated along with some members of the entourage at the historic Blair House, just a peeping distance from the White House. A good number of meetings were to hold at that Blair House in the next four days.

After a briefing of what was to come in the next four days by Professor Ade Adefuye, Nigerian Ambassador to the United States, the President played host to former American Ambassador in Nigeria, Thomas Pickering and Professor Jean Herskovits. The man who has been quite outspoken about Nigeria, and who had doubted if the country would survive the 2015 general elections, Ambassador John Campbell, also came, among other people.

The day was not done until Madeline Albright (remember her? A large number of people across the world were mad about Madeline years back when she was American Secretary of State. She did the work admirably). Well, Madeline came to dinner with our President. She has aged, but rather gracefully.

Day 2 was the day the world had been waiting for. Day of meeting with the world’s most influential president, Barak Obama. But not so fast! First, breakfast with Vice President Joe Biden. What did he tell our President?

Biden gave an overview of the objectives of the entire visit, assuring Nigeria of the goodwill and support of America. He shared perspectives on the terror war, drawing from America’s experiences after the September 2001 assault, in which thousands were killed by Al-Qaeda inspired terrorists. He said Boko Haram, which has now pledged loyalty to ISIS, should not be battled with just military option. There was also the need to combine the war with strong socio-economic programs. He said the U.S would be ready to work with Nigeria in that direction.

On the Nigerian economy, Biden bade the leadership to tackle the issue of corruption, strengthen the institutions, and appoint tested hands to man critical sectors. If all these were done, he assured that investors would flood Nigeria in droves.

Buhari thanked his host, and added that the role played by America prior to general elections, sending Secretary of State John Kerry to convey that America would not tolerate the subversion of the people’s will, went a long way to guarantee fairness and justice.

Having served as minister for Petroleum Resources for over three years in the 1970s, the President did not forget to mention the oil sector. He said between $10 to $20 billion may have been lost to oil theft in the past one year, and pledged to sanitize the sector. He welcomed American assistance.

The much awaited meeting with Obama came up a while later at the White House. The US President described Buhari as a man of integrity needed for such a time as this in Nigeria.

Every patriotic Nigerian must have stood several feet taller, as Obama eulogized our President. It served to rekindle confidence in our country. With the right leadership, Nigeria can, and will get there. Sure.

The American president charted the same course as his deputy on the issue of Boko Haram. According to him, economic and social programs must run concurrently with military option, to conclusively defeat insurgency.

Buhari, the American president observed, was hugely popular, judging by the enormous goodwill that surrounded his election. He urged him to use the goodwill to serve Nigeria, alongside the governors that accompanied him. The governors are Rochas Okorocha, Imo; Adams Oshiomhole, Edo; Tanko Al-Makura, Nasarawa; Kashim Shettima, Borno and Abiola Ajimobi, Oyo.

Speaking on behalf of the governors, Okorocha assured Obama that the states’ helmsmen would back up Buhari to bring enduring change to Nigeria.

Obama made pledges. America would help Nigeria in diverse ways: checkmate insurgency, train and equip her military, recover monies siphoned out of federal coffers, and many others. And with no strings attached.

The bilateral meetings/audiences with the Nigerian president at Blair House, and other venues, were worth their weight in gold. The American Secretary of Commerce met with the Nigerian team, so did Loretta Lynch, U.S Attorney General, Jack Lew, Secretary of the Treasury, the Barker Group, potential investors in the agriculture and power sectors. There was an interactive dinner hosted by U.S Chamber of Commerce and Corporate Council for Africa, and captains of industry from Nigeria and America were there, among others.

What of the meeting with Dr Pate of the World Health Organization (WHO), representatives of the World Bank, and of the Bill and Melinda Gates Foundation? Refreshing. WHO unfolded plans to spend $300 million to fight malaria in Nigeria, while the World Bank, subject to ratification by its board of directors, will make available the princely sum of $2.1 billion for the rebuilding of infrastructure in the North-east, a region beleaguered by insurgency in the past six years. The fund, under the auspices of International Development Agency (IDA) will be made available as loans for Nigeria, at very low interest rates. The first 10 years would be interest-free, while an additional 30 years would be granted at rates lower than that of the capital market.

The Bill and Melinda Gates Foundation also disclosed plans to work with the Dangote Foundation to ensure that Nigeria gets a clean bill of health on polio. Already, no case of polio has been recorded in the country for a full year, and if the position subsists for another full year, Nigeria would be declared polio-free.

Cheery news also from the session between the Nigerian team and the American Attorney General. The host country would track illicit money from Nigeria in all their jurisdictions, including the U.S, while training would also be provided for our judicial officers, prosecutors, police and other security agencies, to track and recover stolen funds.

Same sex issue enters the scene. On Tuesday afternoon, Buhari was in his right elements, as he attended a joint session by the Senate and House Committees on Foreign Affairs at the Capitol Hill. Many issues came up for discussion, ranging from foreign relations, to growing democracy, human rights, and many others. Then a senator brought in the clincher. What does Nigeria think of the rights of homosexuals and lesbians?

Sodomy or anything of such kind is against the laws of Nigeria, and, indeed, the Nigerian society abhors such practices, the President declared. Pastor Tunde Bakare of The Latter Rain Assembly was in the audience, and from the delight on his face, he could have carried Buhari shoulder high, if protocol had permitted such.

To cap that delightful day, the President headed to the Chancellery, Nigeria Embassy. He had two assignments there. A Meet and Greet session had been packaged by Mo Abudu of Ebony Life TV, in which Nigerian youths, who are professionals, had been invited from across America to greet President Buhari, and share their dreams of a greater country with him. The young people were really happy to have their President and father figure in their midst.

Next was the meeting with Nigerians in Diaspora, who also came from across America. Biodun Ogunjobi had driven 12 hours to attend the event. He also had waited for four hours outside the Embassy gates, till the programme commenced. Such is the fervor Nigerians in America have for their country, and for a president they see as symbol of change. For about two hours, the President interacted with them, answering all their questions.

On the final day of the visit, it was an interactive event at the United States Institute of Peace (USIP). It was jointly organized by the National Democratic Institute, International Republican Institute, Centre for Strategic Studies and Atlantic Council. Ambassador Johnny Carson, who coordinated the session, described the guest as a man of honour and integrity.

Buhari went to America, he saw, and he conquered.

*.Adesina is Special Adviser, Media and Publicity, to President Buhari.