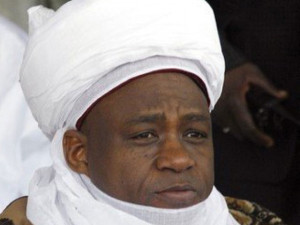 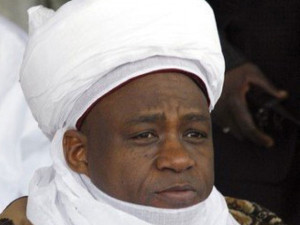 Following the loss of some politicians in the last general elections in the country, Alhaji Sa’ad Abubakar, Sultan of Sokoto, has urged Nigerians not to allow disgruntled politicians to instigate them to cause breach of the peace.

Abubakar spoke in Sokoto on Saturday at a Sallah lunch he organized for members of the resident communities in the state.
He said, “Those who have lost out in politics can instigate others to cause problems in Nigeria, which are capable of causing the breach of the peace.

“We should all be wary of such unpatriotic Nigerians, so that Nigerians can live peacefully with each other.”
The monarch noted that the settler-indigenes dichotomy is the major problem in many states of the Federation.

Abubakar said, “How can somebody who has lived in a place for close to forty or over forty years be regarded as a non-indigene?
“In America, if a child is born today, he or she will be given citizenship rights; this is how it is supposed to be globally.
“Sokoto is home to all, irrespective of religious, political, social or ethnic differences, and nobody pays school fees for their kids, at primary and secondary school levels here.”

He challenged leaders to be just, pious, fair and equitable to all, so as to achieve and sustain peace and socio-economic development.
The Sultan also called on Nigerians to work for the change they had voted for in recent elections.

He also appealed to Nigerians to come together and live peacefully with one another, and urged the leaders to carry all Nigerians along.
“This world is a very short place to be and discrimination in any form is anti-progress.
“This annual forum would be sustained in appreciation of your commendable roles to contribute to boost the socio-economic development, as well as the peace of the state and Nigeria in general,” the Sultan said.