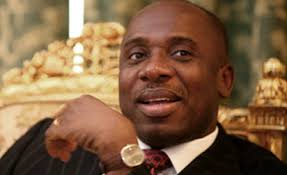 Orlukwu, former chairman of Emohua Local Government Area of the state, maintained that Amaechi’s government could only be accused of carrying out too many projects in the state, but not corruption as alleged by Rivers State Peoples Democratic Party (PDP).

“Amaechi was not given to luxurious lifestyle and corruption unlike other governors of Rivers State. A man who still lives in his father’s house after serving as speaker for 8 years and as governor for another 8 years deserves commendation, not abuse,” the former council boss said in a statement in Abuja on Thursday.

“Amaechi can only be the best companion Buhari needs now as he instills a new culture of zero tolerance for corruption in our polity.

“On the sale of government assets, it is instructive to note that privatisation is a policy of government which even the government of President Jonathan implemented vigorously by selling most Federal power assets.”

PDP’s lamentations of frustration with Amaechi

The attention of All Progressives Congress (APC), Rivers State Chapter has been drawn to a statement by the Rivers State PDP chairman signed by his Media Assistant Jerry Needam titled, ‘Stop Shielding, Emboldening Amaechi, Match Words with Action – PDP Tells Buhari.’
An overview of the eight-paragraph gibberish write-up undeniably offers a pen picture of an unstable state of mind of the writer, his boss and party. Indeed, it tells of a group of persons who are operating within the horribly pathetic world of full-blown lunacy.
In paragraph 2, the statement talks of “obvious cases of looting of public facilities, siphoning of Rivers State funds, fraudulent sale of state-owned establishments and monumental financial frauds committed by Rotimi Amaechi and his administration in Rivers State, and for which a Judicial Commission of Inquiry has been duly set up by the present administration to investigate, the President has continued to shield the former Governor, the latest of which is his inclusion in the Presidential team to the United States to meet President Obama.”
If the concept and understanding of government by PDP in Rivers State is beyond looting of the people’s common wealth, it would have occurred to them that any assets of government sold will normally be paid into the state coffers and not converted. The PDP should have known that the former governor was not as naive as they would want to portray him; neither was he corrupt by any means.
The afore-mentioned assertions by the PDP bring many questions to mind. Could this have come from sane and stable minds? Are people adjudged guilty as soon as judicial commissions of inquiry are set up? Is the so-called commission unable to reach Rt. Hon. Chibuike Rotimi Amaechi? In any case, why has Governor Nyesom Wike suddenly developed cold feet and feeling deflated over his vendetta commission?
The statement reads in part, “The PDP believes that if the President was sincere and dispassionate in his efforts to bring to book corrupt leaders in the country, the former Governor (Amaechi) will not be dining and having complimentary handshakes with him at the Presidential Villa.”
There is really nothing to say to dignify such a mendacious statement than repeating what an APC chieftain said a while ago: “Those behind this press release deserve empathy more than they deserve to be condemned because they appear to be at the highest state of frustration, the type capable of resulting in serious health mishaps.”
The APC believes that the manic obsession with Rt. Hon. Chibuike Rotimi Amaechi by Jerry Needam and his sponsors is a clear testimony of a deliberate plot to ensure that the good self of the former governor is tarnished at all cost. It underscores the real reasons for the so-called judicial commission of inquiry set up by the Rivers State Governor, Barr. Nyesom Wike.
“The APC is sure that those who are digging ditches for former governor Chibuike Amaechi will ultimately become victims of their own devices.
“We believe that the present blackmail of President Muhammadu Buhari by the Rivers State Chapter of the PDP is as a result of the statement by the President that ministers in the last administration known to have stolen government money will be probed, punished if found guilty and such proceeds of crime taken back by the Federal Government.
“The present governor of Rivers State knows the colour and contents of his records in the Federal Ministry of Education both as Minister of State for Education and Minister of Education. He will be naive to think that the mysterious fire at the Federal Ministry of Education building consumed major incriminating records and pieces of evidence as they will speak for themselves at the right time.
“APC believes that no amount of tar poured on Rt. Hon. Chibuike Amaechi by Jerry Needam and his sponsors and the ongoing blackmail on President Muhammadu Buhari will stir up ill-feelings between the President and former Governor Amaechi. As many times as they try shall they fail. 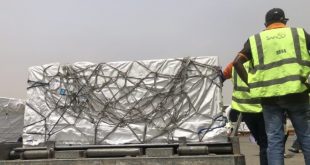