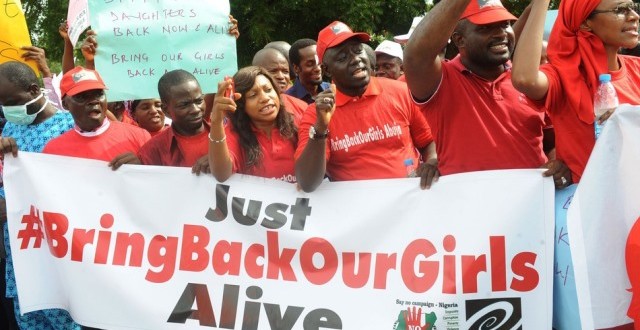 Buhari’s Trip To US Should End Insurgency – BBOG Group 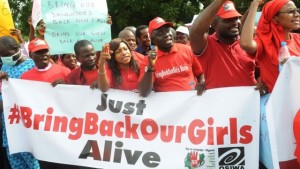 The #BringBackOurGirls (BBOG) group has expressed hope that the visit of President Muhammadu Buhari to the United States will help to end the insurgency and bring back the 219 Chibok girls who have been abducted for over 465 days.

The group during its normal sit-out in Abuja on Wednesday, commended the activities of President Buhari in the US, and expressed the hope that it will bring the desired effects of ending insurgency and rebuilding the bad image of the country.

Speaking during the sit-out, one of its members, Okenwa Nzeribe said that for a very long time, he had began to develop more trust on the President of the country and the hope that the end of insurgency and corruption were near.

“I have developed more trust in the President. One is the fact that he said that he must ascertain the credibility of the sect, ascertain their genuineness, before any negotiation about bringing back the abducted girls.

“On the issue of corruption, he said that there is no sacred cow and that everyone will face justice whether one is in his party or not. I am happy with the statement and pray that it will help in the fight against corruption,” he said.

Another member, Maureen Kabrik, however, emphasised the need for the President to start the dialogue that will help to unite Nigerians as she stated that the insurgency cannot be fought head-long if the nation is in disunity.

“The first step was admitting to our problem and that is what the President did. When you admit that you have a problem, then you know how to go about getting a solution. I look forward to the President coming back to unite the nation by interacting with Nigerians here at home. We need to hear our President speak to us. We need to be united to help fight against insurgency,” she said.

Also speaking, another group member, Dr Manessah Allen stated that the fight against insurgency and corruption in the country does not lie on the President alone and urged Nigerians to come out and condemn the act of shielding anyone found guilty.

“People are trying to shield their own from the state when they are tired of corrupt practices. But they keep saying that nothing is working in the country and will shield those that brought the problem upon the country. Millions of children are on the streets. The health sector is not working. In fact, all the sectors are not working. Nigerians should come together to help in the fight against corruption. As far as they have decided that we are not all right, they should support the government and ensure that the fight will record a success,” he said.

Share
Previous Lagos Teachers: Ambode Pledges To Improve Welfare
Next Sodomy Is Against Our Law, Abhorrent To Our Culture – Buhari Rejects Gay Marriage