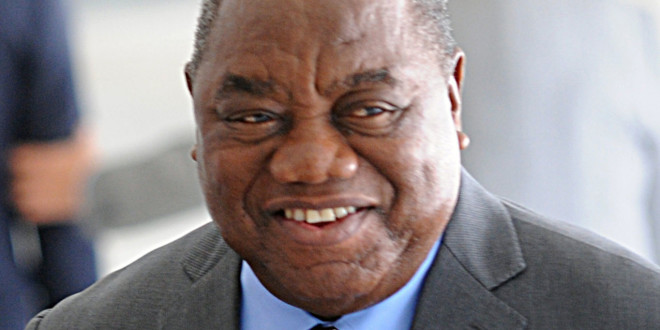 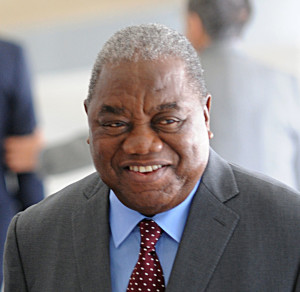 Civil Society Network Against Corruption (CSNAC), a coalition of 150 anti-corruption civil society organizations, has alleged that proceeds from the sale of crude oil donated to the government and people of Zambia in 2011 by the Nigerian government were fraudulently diverted by the country’s former president Rupiah Banda and his son, Henry into their private accounts.

Consequently, between August, 2011 and April, 2012, four cargoes of 3.79 million barrels of crude oil worth of $438.9 million paid for by Nigerian government and lifted on behalf of the Zambian government were diverted into the president and his son’s offshore account in Singapore.

Mr Olanrewaju Suraju, Chairman of CSNAC, in a petition to Buhari on Wednesday in Abuja, explained that the late president Umar Musa Yar’Adua offered the crude oil to Zambia during an era of oil shortages and developmental challenges, under a bilateral arrangement.

However, Henry Banda, in connivance with his father, hurriedly registered a company called IEXORA International Ltd in Hong Kong and a Barclays Bank account in Singapore into which proceeds of the oil sales to IEXORA were paid while his son, Henry Banda, operated the account under a fake email name of Elwood Fairbanks.

Over $1 million meant for Zambia’s development was diverted into this fraudulently opened account.

Now, CSNAC, a coalition of over 150 anti-corruption organisations whose primary aim is to constructively combat corruption and ensure effective monitoring of anti-graft agencies, has petitioned President Muhammadu Buhari to unleash the anti-corruption agencies, the Ministries of Justice and Foreign Affairs on the Zambian government.

CSNAC wants them to demand from the Zambian government, evidence of remittance of profit from the allocation to their federation account or any available proof of utilization of that fund in the Zambian public interest.

Re: ALLEGED CASE OF FRAUDULENT DIVERSION AND CONSPIRACY AGAINST NIGERIA BY EX-ZAMBIAN PRESIDENT RUPIAH BANDA AND HIS SON HENRY BANDA

The Nigerian government, led by the late President Umar Musa Yar’Adua, offered to assist Zambia in her state of oil shortages and developmental challenges, under a bilateral arrangement, with the allocation of crude oil to the country on favourable terms, through the Nigerian National Petroleum Corporation (NNPC). Mr. Rupiah Banda was then  President of Zambia. Though the agreement was reached in principle in 2008, the final offer letter was issued by Crude Oil Marketing Division of NNPC on 21st March, 2011 for a renewable one year NNPC crude oil contract for 20,000 barrels per day effective from 1st May, 2011.
The Zambian government, under Mr. Banda, officially appointed and authorized a Nigerian Energy company to trade on its behalf under the offer. Between August, 2011 and April, 2012 four cargoes of 3,790,706 barrels of crude oil, with a net worth of $438,887,268.83, were duly paid for and lifted on behalf of the Zambian government by the appointed Nigerian operator.

The Zambian ex-president’s son, in connivance with his father, hurriedly registered a company called IEXORA International Limited in Hong Kong and a Barclays Bank account in Singapore. Mr. Banda then directed the Nigerian partner to pay proceeds of the oil sales to IEXORA while his son, Henry Banda, operated under a fake email name of Elwood Fairbanks in the deal. Over $1 million meant for Zambia’s development was diverted into this fraudulently opened account by Mr. Banda and his son.
On the defeat of Mr. Banda at the polls by late President Sata, the Zambia Director of Public Prosecutions undertook a comprehensive investigation of the transaction and visited Nigeria on a Mutual Legal Assistance request to gather evidence and information for the purpose of prosecuting Mr. Banda and his son in Zambia, on the offences of money laundering, abuse of office and fraudulent conversion.
On the conclusion of a thorough and fruitful investigation, a case was instituted against Mr. Rupiah Banda and his son, Henry Banda in Zambia. The prosecutor had already closed his case, with the Nigerian partner in the crude oil transactions appearing in the Zambian Court as a prosecution witness, before the sudden death of President Sata in office. Mr. Henry Banda had on the commencement of the trial escaped to South Africa as a fugitive. With the emergence of President Edgar Lungu, political interference was deployed to stampede the prosecution of Mr. Banda, with the active collaboration of members of President Lungu’s kitchen cabinet. This resulted in an ominous harassment and persecution of the country’s DPP, who is constitutionally charged with the duty of prosecuting state matters.

Just 2 weeks ago, the Zambian court finally succumbed to the influence and interference of the president with a discharge of Mr. Banda, in the face of overwhelming evidence against him in the matter. Zambians and other international observers have criticized the Zambian government and the courts for the miscarriage of justice, political interference, compromise of judicial independence and the protection of corrupt office holders.

In view of Zambian government’s inability to retrieve the proceeds of that concession for the ultimate benefit of the average Zambian, as was the intention of the original concession, CSNAC is by this petition requesting your directive to the anti-corruption agencies, ministries of Justice and Foreign Affairs to demand from the Zambian government, evidence of remittance of profit from that allocation to their federation account or any available proof of utilization of that fund in public interest.

Crimes against Nigeria under previous regimes were not limited to nationals and public officeholders. Foreigners, in collaboration with public officeholders, swindled the country, plunder our resources and openly stole our collective patrimony with relish. Your recently acknowledged $150 billion might after all be an understatement, when many of such situations as the Bandas’ fraudulent transaction are investigated.

While thanking you in anticipation of your prompt response to this request, please accept the assurances of our esteem regards.