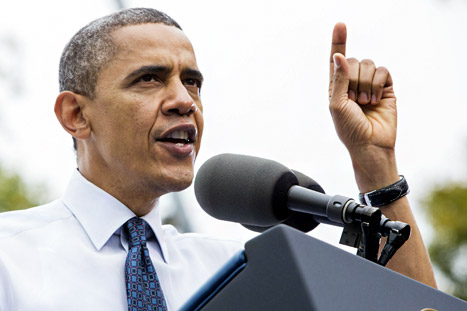 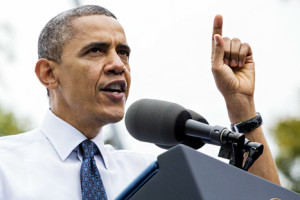 REUTERS. WASHINGTON | BY LESLEY WROUGHTON
The United States will offer to help Nigeria’s new leader track down billions of dollars in stolen assets and increase U.S. military assistance to fight Islamic militants, U.S. officials said, as Washington seeks to “reset” ties with Africa’s biggest economy.
Next week’s visit to Washington by President Muhammadu Buhari is viewed by the U.S. administration as a chance to set the seal on improving ties since he won a March election hailed as Nigeria’s first democratic power transition in decades.
U.S. cooperation with Buhari’s predecessor, Goodluck Jonathan, had virtually ground to a halt over issues including his refusal to investigate corruption and human rights abuses by the Nigerian military.
“President (Barack Obama) has long seen Nigeria as arguably the most important strategic country in sub-Saharan Africa,” U.S. Deputy Secretary of State Tony Blinken told Reuters. “The question is would there be an opportunity to deepen our engagement and that opportunity is now.”
The improving ties with Nigeria, Africa’s biggest oil producer, come as U.S. relations have cooled with two other traditional Africa powers – Egypt and South Africa.
U.S. officials have said they are willing to send military trainers to help Nigeria counter a six-year-old northern insurgency by the Boko Haram Islamist movement.
Since Buhari’s election, Washington has committed $5 million in new support for a multi-national task force set up to fight the group. This is in addition to at least $34 million it is providing to Nigeria, Chad, Cameroon and Niger for equipment and logistics.
Buhari’s move on July 13 to fire military chiefs appointed by Jonathan clears the way for more military cooperation, U.S. officials say.
“We’ve made clear there are additional things that can be done especially now that there is a new military leadership in place,” a senior U.S. official said.
Another senior U.S. official said Washington was urging Buhari, a Muslim from the country’s north, to step up regional cooperation against the militants and to provide more aid to afflicted communities to reduce the group’s recruiting power.
Buhari has said his priorities are strengthening Nigeria’s economy, hard-hit by the fall in oil prices, boosting investment, and tackling “the biggest monster of all” – corruption.
“Here too he is looking to deepen collaboration and one of the things he is focused on is asset recovery,” the official said. “He is hopeful we can help them recover some of that.”
In 2014, the United States took control of more than $480 million siphoned away by former Nigerian dictator Sani Abacha and his associates into banks around the world.
Washington has broad powers to track suspicious funds and enforce sanctions against individuals.
Jonathan fired Nigeria’s central bank governor in February last year after he raised questions about the disappearance of about $20 billion in oil revenues.
Johnnie Carson, a former assistant secretary of state, said Washington should not let security issues overshadow the need for closer trade and investment ties.
“Nigeria is the most important country in Africa,” said Carson, currently an adviser to the U.S. Institute of Peace.
Now more than ever, “the relationship with Nigeria should not rest essentially on a security and military-to-military relationship,” he added.
Lauren Ploch Blanchard, an Africa specialist with the non-partisan Congressional Research Services, said the U.S. challenge was to work with Buhari while giving him time to address the country’s vast problems.
How Buhari will handle the campaign against Boko Haram is still an unknown, Blanchard said.
(Reporting by Lesley Wroughton; Editing by Stuart Grudgings and Tom Brown)