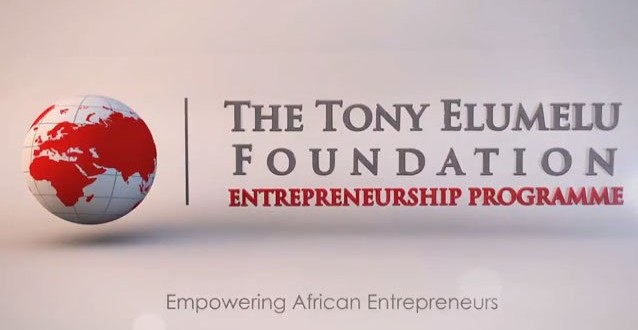 One thousand entrepreneurs from across Africa gathered in Ota, Southwest Nigeria, between Friday and Saturday for an intensive two-day boot camp hosted by Tony Elumelu Foundation.

The 1,000 entrepreneurs were all part of the inaugural class of the Tony Elumelu Entrepreneurship Programme (TEEP), a multi-year programme of training, funding and mentoring, designed to empower the next generation of African entrepreneurs.

They travelled from across Africa – from Lusaka to Lomé and Cape Town to Casablanca for the event which was one of the largest gatherings of African entrepreneurs in recent times.

For the two days, the 1,000 entrepreneurs who were accepted into TEEP enjoyed interactive sessions with successful entrepreneurs, business and political leaders who gave a series of speeches on business development, financial management, corporate governance and other facets of a successful enterprise.

The programme culminated in an open mic session with Tony Elumelu, the Nigerian banker and philanthropist who is funding TEEP.

In 2014, Nigerian philanthropist Tony Elumelu pledged $100 million to create the Tony Elumelu Foundation Entrepreneurship Programme (TEEP). The programme plans to identify and help grow 10,000 exceptional start-ups and young businesses from across Africa over the next 10 years.

These businesses are expected to create 1,000,000 new jobs and contribute $10 billion to Africa’s economy. The start-ups are selected from a pool of applicants across Africa and are mandated to participate in a gruelling 12-week online business skills training course, mentoring, and entrepreneurship ‘boot camp.’ The Tony Elumelu Foundation provides each entrepreneur with $10,000 to support their businesses.

In his remarks, Elumelu told the entrepreneurs that he was investing in their success, while reiterating his belief that entrepreneurship was the way to drive Africa’s economic prosperity.

“I want to go to Zambia, when I am 80 years old and meet someone who shows me his manufacturing business or financial institution and tells me that it was built starting with $10,000 from Tony Elumelu. That is what this is about, and that is what you owe me,” he said. “The return I want from this $100 million investment is your success, because your success is Africa’s success,” he said.

Tony Elumelu, one of Nigeria’s wealthiest businessmen with a fortune in the region of $1 billion, is the Chairman of Heirs Holdings, a proprietary African Investment Company.