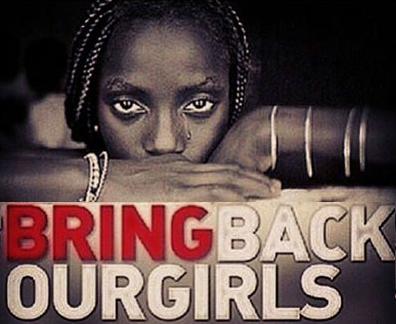 July 16, 2015 Comments Off on Suicide Bombers: BBOG Worries About Recruitment Of Orphans In IDPs’ Camps 21 Views

The #BringBackOurGirls (BBOG) group has expressed worry about orphans in the Internally Displaced Persons (IDPs) camps being recruited by Boko Haram insurgents to become suicide bombers due to lack of care and supervision.

Speaking during the normal sit-out of the group, one of the members, Fatima Zanna expressed fears that the orphans in the various camps could be adopted by insurgents who would use them as suicide bombers.

“In some IDPs camps, there are over 2,000 orphans. The children are roaming about with no supervision. These children could be the new suicide bombers. The children are in danger. It is really sad. Apart from the living condition in the camps, the children with no parents are a burden to society. Some have been given out to people for adoption with no record. If we do not have records, how do we trace their families? What if their families come back for them, they will not see their children?” she said.

Also speaking, the Vice Chairman of Chibok Community in Abuja Mutah Nkeki stressed the importance of establishing a missing people’s bureau which he said will help to keep record of the people who have been missing during this insurgency.

“Having easy access to the children is a way for the insurgents to recruit members. There ought to be records. Government should do something so that the children will be safe. This is the reason we are advocating for missing persons bureau so that there will be records of people that are missing,” he said.

The group also raised alarm about problems in many IDPs’ camps due to the fact that most people in the camps were unemployed and are said to be dealing in drugs to keep themselves busy.

“The men there are idle, so they find ways to keep themselves busy. It is worrisome. The people are even tired. They all want to go back to their communities because their camps are unhealthy. We hope that government will expedite action and make the communities free from the insurgents because if this trend continues, it is a serious problem,” he said.

Another member Maureen Kabrik, speaking on the need for a feedback mechanism from different government agencies, stated that such feedback mechanism will keep the group and the nation abreast of what is happening on the issue of insurgency and the abducted Chibok girls.