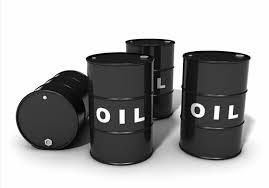 The Government of Spain on Tuesday said it bought oil and gas worth 6.5 billion Euros from Nigeria in 2014.

The Spanish Ambassador Alfonso Sebastian de Erice, made the trade value known on a visit to the Speaker of the House of Representatives Yakubu Dogara at the National Assembly.

Appreciating the existing bilateral relations between Spain and Nigeria, Erice expressed readiness of his country to help Nigeria to boost local production of refined oil by partnering to transform existing refineries in the country.

He also said that Spain was prepared to partner with Nigeria in agricultural development.

“Spain is one of the partners of Nigeria, the first or the second best client; we buy 6.5 billion Euros worth of oil and gas.

“We are very happy with the exchanges that we have, and we need the oil. But we want to diversify because we think it is very important that our economic relations should not be only in gas and petrol.

“We want to cooperate with you in agriculture; we have very good agricultural industry. We have comparative advantage in tourism and manufacturing.

“We have several treaties that allow us to work here. It is a domain that we will have to explore.

‘’For us, the oil business is important because we need it. But we want to diversity and I know that Nigerian authorities also want to diversify,” he said.

On terrorism in the country, the envoy said that his country was ready to provide support towards combating the menace, adding that Spain and Nigeria have signed several Memoranda of Understanding (MoU) on training in anti-terrorism.

Responding, Dogara said that Nigeria appreciates Spain’s offer to help in fighting terrorism, noting that the country had experience of insurgency as it had faced and overcame such problems in the past.

He said that Nigeria had a lot in common with Spain and called for further assistance to enable Nigeria to diversify its economy.

In a related development, Dogara pledged support for the development of tourism, mineral resources and other sectors in Cross River.

He made the pledge when the Cross River Caucus in the House paid him a courtesy visit.

The Speaker, however, urged the lawmakers to shun personal interests as there was the need to compensate those who suffered during the electioneering campaign by promoting pro-people agenda which included employment generation and security.

The Speaker of the House of Representatives Yakubu Dogara Tuesday said the leadership crisis rocking the House is “almost over”.
The Speaker hinted that he would constitute the principal officers when the House resumes on July 21.
Dogara made the disclosure when he received members of the All Progressives Congress (APC) Youth Forum who paid him a courtesy call in his office at the National Assembly.
Before the House embarked on its month-long recess on June 25, proceedings in the House turned rowdy after Dogara refused to read APC’s letter signed by the party’s National Chairman, Chief John Odigie-Oyegun, asking that Femi Gbajabiamila (South West) be made Majority Leader; Alhassan Ado (North West), Deputy Majority Leader; Tahir Monguno (North East), Chief Whip and Pally Iriase (South South) as Deputy Chief Whip.
Dogara said there are relentless efforts to settle the crisis which has pitched his faction against the Hon. Femi Gbajabiamila’s APC caucus.
“That problem is almost over. As soon as I leave here, I am going for a meeting. I hope we will bury the issues over the position of principal officers once and for all; I am talking about the House of Representatives. By the time we reconvene, this issue would have been resolved,” he said.
Dogara said despite the friction within APC, he remains loyal to the party, and also expressed “unparalleled faith” in President Muhammadu Buhari’s ability to turn around the fortunes of the country for good. He called for reconciliation among party members.
He called on Nigerians to pray for the President not to make mistakes in constituting his cabinet.
“I also want to use this forum to say that we still have issues regarding the government that will be formed very soon. We still want to appeal for your prayers and support so that we don’t get things wrong. We all know the circumstances that pushed us to uproot the government of the day. Everything was virtually against us; we didn’t have the benefit of incumbency; we didn’t have the kind of money like the party that was in government; but in spite of that, we were so resilient. Some of us even rejected offers of money because of our conviction.
“The only way we can pay back the people is not to abandon this conviction. We have unparalleled faith in the President of this nation and for most of us, we believe that if we don’t get it right now, it will be very difficult for us to get it right in our own generation.

Share
Previous I’ve Not Asked Buhari For Anything – Tinubu
Next US Gay Marriage Ruling: We Say No!