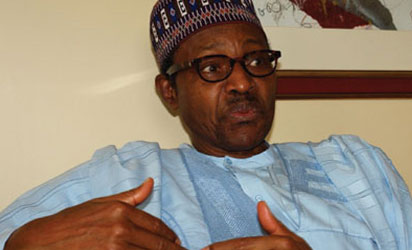 No Going Back On Prosecuting Treasury Looters –FG

July 14, 2015 Comments Off on No Going Back On Prosecuting Treasury Looters –FG 10 Views 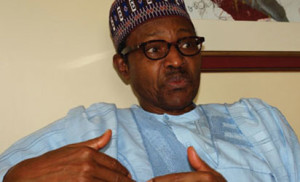 The Federal Government has reiterated its resolve to clamp down on all certified treasury looters in the country.

This is in line with the measures of President Muhammadu Buhari to rid the country of all forms of corrupt practices bedeviling the nation’s economy.

Alhaji Abdullahi Ahmed Yola, Permanent Secretary, Ministry of Justice, told journalists at the Presidential Villa at the weekend that the government said it will not spare anyone, including former ministers, governors and heads of government agencies who had been investigated and certified by the anti-graft agencies to have at one point or the other, looted public funds.

Yola, who was in the villa to brief President Muhammadu Buhari on the activities of the ministry, told newsmen that the ministry would play its part in ensuring the prosecution of every past public officer found to have embezzled money entrusted to their care while serving.

He said the process of prosecution of the alleged treasury looters will begin as soon as the ministry lays hands on files detailing how much each of them had looted.

“As you know, rule of law is one of the cardinal policies of this administration and we’ve given him (Buhari) a rundown of what we’ve been doing from 2011 till now.
“We also pledged to him to continue cooperating with him to ensure that all the promises he has made to Nigerians on fight against corruption and as far as they relate to rule of law are achieved,” he said.
During a meeting with state governors on June 23, Buhari vowed to recover all the billions of funds stolen by all government officials who abused their offices in the recent past.

“There are financial and administrative instructions in every government parastatal and agency. But all these were thrown to the dogs in the past. Honestly, our problems are great, but we’ll do our best to surmount them. The next three months may be hard, but billions of dollars can be recovered, and we’ll do our best,” he said.

The President, who had earlier said that he met a virtually empty treasury, also told the governors that a comprehensive statement on the economic and financial situation inherited by his government would be made available to Nigerians by July 21.

During a meeting with northern traditional rulers’ council on June 23, Buhari stated, his government “had received firm assurances of cooperation from the United States and other nations on the recovery and repatriation of funds stolen from the country, saying it was now up to Nigeria to provide the international community with the facts and figures needed to drive the recovery effort.

“In the next three months, our administration will be busy getting those facts and the figures to help us recover our stolen funds in foreign countries.”