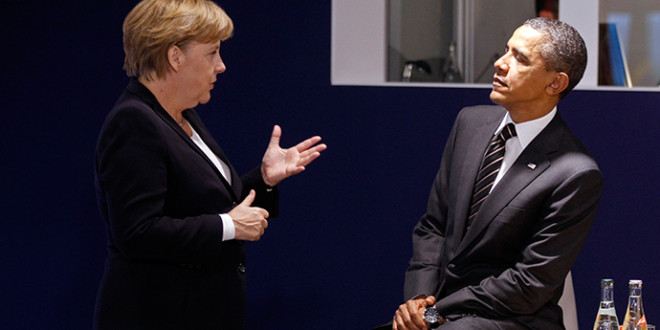 Documents released by WikiLeaks appear to show that the US spied on close aides of German Chancellor Angela Merkel and other officials for years. The leaks show Merkel’s private and professional opinions on a range of issues.

The WikiLeaks report, released on Wednesday, suggests NSA spying on German officials went on far longer and more widely than previously thought. The website published a new list of German phone numbers it claims showed the NSA targeted the officials for surveillance.

The list of 56 partially redacted phone numbers includes those belonging to staff of the former German Chancellor Gerhard Schröder as well as his predecessor, Helmut Kohl. Also on the list were numbers attributed to former diplomat Geza Andreas von Geyr, who now works for the Ministry of Defence, and Ronald Pofalla, who was the former head of Angela Merkel’s chancellery between 2009 and 2013.

WikiLeaks also gave a cell phone number it claimed was used by the German leader up until 2013.

The website published what it said were three intercepts by the US National Security Agency (NSA) of conversations involving Merkel. These included discussions such as “Chancellor Merkel’s plans on how to respond to the international financial crisis and the eurozone bank bailout.” An intercept from 2009 details Merkel’s criticism that the US Federal Reserve was “taking risks” concerning the previous year’s global financial crisis.

Also disclosed were Merkel’s private opinions on US President Barack Obama’s involvement with Iran, from conversations she had with Crown Prince of Abu Dhabi Sheikh Mohammed bin Zayed al-Nahyan.

These latest disclosures come barely a week after WikiLeaks posted documents from the 1990s revealing contact details of various officials in Germany’s Finance Ministry, as well as staff in the Ministry of Agriculture, European policy advisers and an official working in the European Central Bank. The leaks display a special interest in Merkel’s handling of the financial crisis in Greece, and her thoughts on the heads of key financial institutions.

The secret-spilling site says both sets of reports illustrate that “the NSA explicitly targeted, for long-term surveillance, 125 phone numbers for top German officials, and did so for political and economic reasons.” It claimed the lists were updated for more than a decade after 2002, and a “close study” of it reveals it evolved from a previous list in the 1990s.

By publishing these communications, WikiLeaks is threatening the already fragile relationship between Germany and the United States, still struggling to recover from reports two years ago that Chancellor Merkel’s own cell phone was tapped. It also led to allegations the German government turned a blind eye to, and even helped, the NSA spy on European businesses and officials.

Last week the chancellery called in the US ambassador to Germany to ask for an explanation on the WikiLeaks disclosures.

…Merkel’s office calls on US ambassador after latest NSA-leaks

The US ambassador to Germany, John B. Emerson, has been called to a meeting at Chancellor Angela Merkel’s Office to explain recent WikiLeaks disclosures. Several lawmakers have joined in on demanding answers.

The Head of the office of the Chancellery Peter Altmaier, invited Ambassador Emerson to hold “immediate talks” about the latest WikiLeaks revelations, which claim that the US National Security Agency (NSA) had spied on government ministries and cabinet members. The diplomatic request was an invitation, as opposed to the more serious “summons” that can be issued to ambassadors.

Initial reports in the “Frankfurter Allgemeine Zeitung,” one of Germany’s bestselling broadsheet newspapers, said that the meeting was scheduled to be held on the same day. Altmaier reportedly expected clarification on the tapped phone conversations conducted by Chancellor Merkel and employees of her office.

“It is becoming increasingly apparent that some of the people working at the American intelligence services might be losing sight of the ends-versus-means debate,” Schäuble told the “Bild” Zeitung.

According to documents released by WikiLeaks, the NSA spied not only on Chancellor Merkel as had been disclosed in a previous leak in 2013, but also on high-profile politicians. The list included Sigmar Gabriel, now Deputy Chancellor but leader of the opposition at the time, and other top officials in the finance, economy and agriculture ministries. France has also recently been hit by NSA-spying revelations dating between 2006 and 2012 – impacting on Presidents Jacques Chirac, Nicolas Sarkozy and Francois Hollande.

The documents highlight 69 telephone numbers which are still in use, indicating that the spying could be ongoing. However, the most recent WikiLeaks data hails from 2011.

British intelligence services were also implicated in the spying revelations. The documents showed that the spying dates back to the 1990s and that the NSA was especially interested in German currency and trade policy. They include a recorded telephone conversation the chancellor had regarding Greece’s debt difficulties from October 2011.

Members of the German parliament’s investigative committee looking into the NSA demanded consequences for the most recent set of revelations. Martina Renner of the left-wing party “Die Linke” urged the government to disclose important NSA documents immediately. Green Party lawmaker Konstantin von Notz called on the attorney general to launch an investigation.

A previous investigation into NSA spying activities in German government circles had just been closed in June on account of lack of evidence. It remains unclear whether there may be legal consequences involved, however, the Federal Prosecutor’s Office said that this didn’t mean that the previous case would be reopened. 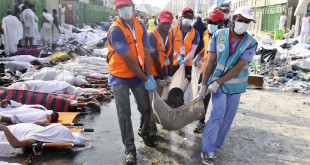