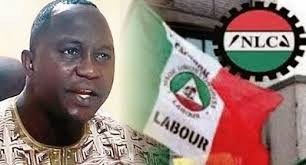 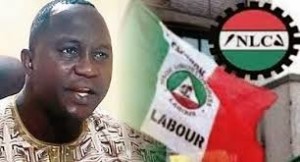 Nigerian Labour Congress (NLC) has warned that it is planning a “National Day of Action” to send a strong message to the Nigerian political elite that Organised Labour will not continue to watch helplessly as the country stagnates and drifts.

Consequently, Labour’s Action Day will strengthen the hand of the Executive and Legislative arms of government to do whatever is necessary to reduce the high cost of governance and make funds available to develop the country.
Comrades Ayuba Wabba, President of NLC and Peter Ozo-Eso, its General Secretary, in its communiqué after the NLC’s National Administrative Council (NAC) meeting at the Paschal Bafyau Labour House on Wednesday, July 1, 2015, said the Day of Action which has no specific activities made public yet, will be a wake-up call for the dormant political leaders.

In their words, “The NAC-in-Session resolved that in the light of several developments affecting the health of our democracy, and particularly the well-being of Nigerian workers, it will convene a meeting of the National Executive Council (NEC) of Congress to further deliberate on these issues and chart a course of action.”
The full text of the communiqué reads:

Preamble
The NAC of NLC met on Wednesday, July 1, 2015 at the Congress National Secretariat and deliberated on a number of internal issues concerning the labour movement, as well as the state of the nation. At the end of the meeting, NAC issued a communiqué on national developments as they affect workers and the well-being of the nation.

(1) Crisis in the National Assembly:
The NAC-in-Session reviewed with great apprehension the leadership crisis in the National Assembly, which culminated in an open fracas among members of the House of Representatives about a fortnight ago. NAC called on the leadership of the ruling All Progressives Congress (APC) to call to order its members in the two chambers of the National Assembly. NAC noted that Nigerians voted the APC into power in the hope that the party would bring about the “change” it promised by working to address the many socio-economic and political challenges confronting our nation.

For the majority of Nigerians, the intra-party squabbles which have paralysed the 8th National Assembly since its inauguration on Tuesday, June 9, 2015, is an internal issue which APC as an organised political platform must display its capacity to have swiftly resolved so that the country is not held hostage as it has seemingly become. NAC-in-Session was of the view that since both presiding officers are ranking members of the APC, there is apparently no logic for the current paralyses of legislative business at the two chambers of the National Assembly.

(2)Cost of governance
The NAC-in-Session expressed deep frustration and anger at the irresponsible inclination of the country’s political elite on its insistence on maintaining a clearly unsustainable lifestyle and earnings at the expense of the growth and development of the country.
NAC-in-Session noted that from information available to Congress, the Federal Government was, as far back as 2009, counselled that the salaries and allowances of our political officeholders were unsustainable. The Revenue Mobilisation, Allocation and Fiscal Commission (RMAFC), then put the salaries and Allowances of “certain political, public and judicial officeholders,” totalling 17,474 at N1.126 trillion annually.

The RMAFC figures showed that earnings of political office holders were a huge drain on the country’s finances. The level of gross fiscal indiscipline was such that a senator and a representative earn more than 100 times what a graduate on Grade Level 8, Step 15 earns annually. The ratio, when compared to what a Level 17, Step 9 earns annually, is more than 20 times.

Against this background, NAC-in-Session urged Nigerians to note that the ongoing crisis where a number of states are unable to pay salaries and allowances as well as pensions of civil servants, is not as a result of the increase in minimum wages of workers but due to the recklessness of the political elite and the unsustainable wages and allowances of a tiny political office holders.

(3)Non-payment of Salaries and Pensions
The NAC-in-Session recalled that since its 11th National Delegates’ Conference, the NLC had drawn attention to the problem of many states choosing to spend billions of naira on its electioneering campaigns rather than pay the earned wages and pensions of Nigerian workers.
NAC noted that during this year’s May Day celebration, the NLC again drew the attention of relevant authorities to the crisis of non-payment of workers’ wages, and the establishment of task teams to force the affected states to pay. Unfortunately, while these states expended hundreds of millions of naira to pay bloated severance allowances and benefits of political officeholders in the states, workers’ wages have remained unpaid.
NAC-in-Session resolved that the Congress will not fold its hands and watch this manifest injustice against Nigerian workers and pensioners being endlessly perpetuated. It therefore resolved to mobilise Nigerian working people and Nigerian masses against the continuing excesses of our political elite at all levels of our polity.
NAC-in-Session further resolved to support and cooperate with President Muhammadu Buhari’s anti-corruption policy and call on its members in all agencies of the public sector to provide any information at their disposal that might lead to the recovery of public funds stolen from the treasury.
The Congress is amazed that having come out in the brazen way to mismanage the finances of their respective states, some state governors are contemplating the cutting of workers’ salaries, as a way out of the financial mess they have found themselves. This will be completely unacceptable to organised labour, and we will do everything within our means to stop this from happening.
The token of temporary reduction of political officers’ salaries, as a bait to force cuts in the wages of workers in the states will be unacceptable, because these political officeholders hardly depend on their wages for their day-to-day survival. They do not use their wages to pay for their feeding, healthcare and other essential needs which are most times provided free for them by the state.
As organised labour, we will act proactively to protect the rights of our members; and also stop the mismanagement and theft of our commonwealth.

(4)Continuing Insecurity in the Land
NAC-in-Session commended the Nigeria military and the gains recorded against the insurgents, and called for the sustenance of this offensive. It however noted with great concern the recent resurgence in violence, in particular the North-East geo-political zone, leading to the death of hundreds of innocent Nigerians. While it commended the decision of President Buhari to relocate the command and control centre of the Nigerian Armed Forces to the North-East, NAC called on the military to work with the entire intelligence community to stem the tide of recent killings by securing the most vulnerable points in the North East region.