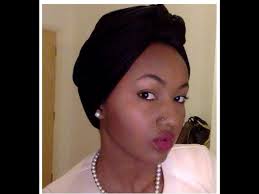 The Presidency on Sunday disowned a Twitter comment against some foreign leaders falsely credited to President Muhammadu Buhari’s daughter, Zahra.

Mr. Femi Adesina, Presidential spokesman, in a statement said: “The attention of the Presidency has been drawn to unauthorized and unexpected tweets by an account falsely linked to Zahra Buhari, one of the daughters of President Muhammadu Buhari.

“Following enquiries by a few foreign missions on the raging online controversy about unsavory comments against some foreign leaders purportedly made by her, we wish to state categorically that Zahra is indeed on Twitter but the offending handle @Zahra_Buhari has stopped being her own for a long time since it was compromised by hackers.
“Tweets by this handle are therefore not hers and should be disregarded and considered as the work of hackers seeking to cause mischief between this country and other friendly states.

“Zahra’s authentic handle is @ZmBuhari and any handle other than this on Twitter should be considered as fake and therefore fraudulent.”