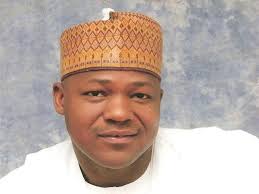 July 5, 2015 Comments Off on Dogara Debunks Speculations He Defected To PDP 23 Views

The Speaker of the House of Representatives Yakubu Dogara has debunked speculations that he and some All Progressives Congress (APC) supporters in the House are planning to defect to the opposition Peoples Democratic Party (PDP) due to the crises in his party.

Dogara, however, cautioned APC against marginalising some zones in the distribution of the principal positions in the National Assembly, warning that the party risks losing popularity.

The Speaker therefore urged the party leaders and members to prioritize national interest above other considerations.

Speaking when he received State Chairmen of the APC in Abuja on Saturday, Dogara described as laughable allegations that he was planning to leave the party.

The APC State Chairmen were led on the visit by the Kano State Chairman, Alhaji Umar Doguwa, who is also the Acting Chairman of the forum.

APC was hit by crises when the Senate President  Bukola Saraki and Dogara defied the party’s wishes and presented themselves for elections for the positions and won.

“I want to discountenance this very ludicrous and laughable discussion that some of us in the House are conniving with some people so that we can defect. We have toiled day and night, we control the government at the centre and in our states then we pack and move to a house that we deserted before. It is even unthinkable and unimaginable that someone will even make such assertions.”

The Speaker expressed optimism that APC will manage and overcome the ongoing crises, since its members are in a phase of getting to know one another, frictions should be expected.

Share
Previous Crack In APC Widens: Buhari, Atiku, Tinubu Disagree About Way Forward
Next Those Who Invested In Buhari Should Not Expect Returns – Ibrahim Coomassie