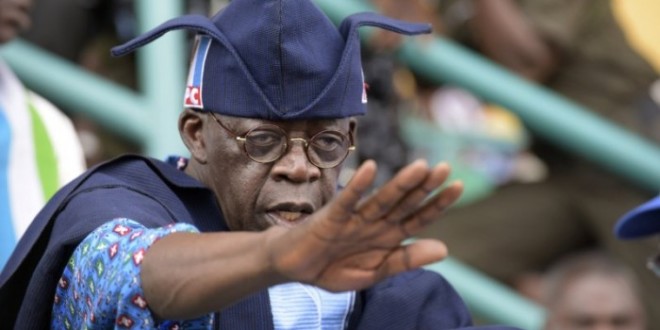 •Party insists on supremacy; yet to define which level it comes from, NEC or NWC

One of the reasons for the seemingly prolonged process of resolving the crisis in the All Progressives Congress (APC) may be the slightly differing positions of President Muhammadu Buhari and Asiwaju Bola Ahmed Tinubu, a former governor of Lagos State regarded as leader and financier of the party.

Specifically, the sources disclosed that the Friday’s meeting of the party’s National Executive Committee (NEC) brought into the open the seeming centrifugal positions of Mr. President and Tinubu with former Vice President Atiku Abubakar in the wings.

One of the sources added: “At the meeting between the governors and the warring parties that followed the NEC parley, Sokoto State Governor Aminu Tambuwal, was mandated to chair a committee of three that would come up with possible resolutions to the crisis.

Tinubu’s position, which had been construed in many quarters as antagonistic, was merely a reflection of the need to enforce party supremacy at all times.

One of the arrowheads of the Tinubu group said: “Asiwaju is not being rigid. He just believes it is not proper to kick off a government on a note of disobedience to party position by members of the National Assembly.    It sends a wrong signal.”

Investigations into how the Friday meeting of the APC NEC went the way it did suggest that whereas Tinubu gave some conditions, those opposed to him ensured that his position did not hold.

For instance, it was gathered that one of the conditions put forward by the former governor of Lagos State was that both Senate President Abubakar Bukola Saraki and Speaker Yakubu Dogara “should not be invited to the meeting.”

A top APC member privy to the happenings in the ruling party said: “The second condition he put forward was that in the event that the two leaders of the National Assembly were invited, they should be made to commit to an apology letter to the party.”

That way, it was learnt, it would be on record that both men went against the grain of their political party.

“Unfortunately,” the top party leader said, “none of these could be achieved.

“And you should understand.    This is a time when members of the party should engage a cohesive mode rather than one that would alienate more members.    It is bad enough that we already have a crisis on our hands.    To further entrench positions would not be in the interest of the party.”

Already, there is a groundswell of coalition between some party faithful loyal to President Buhari and former Vice President Atiku Abubakar.

The source went on: “Mind you”, it is not for the love of Atiku. But it is gradually becoming imperative that whoever within the party that would attempt to ring-fence the President with people that would become malleable should be checked.”

Indeed, it was discovered that when APC’s National Chairman, Chief John Odigie-Oyegun, held talks with the President, last week, the fears of the former were assuaged by the latter on the insinuation that Oyegun could lose his position following his acceptance of the emergence of Saraki and Dogara as Senate President and House Speaker.

“In fact, Mr. President told our party Chairman not to lose sleep; that the rumours about his possible removal from office can never happen”.

That was why the party reposed a vote of confidence in its chairman at the Friday NEC meeting.

However, one very thorny issue within the embattled APC remains the definition of the leadership as occasioned by the new mantra of supremacy.

Privately, some of the leaders of the party, who are obviously not on the same page with Tinubu, like Saraki, former governors Danjuma Goje, Sani Yerima, Kabiru Gaya and former Peoples Democratic Party (PDP), National Chairman Chief Audu Ogbeh; as well as former Vice President Atiku Abubakar, are said not to be comfortable with the connotation that presently exists on the term, party supremacy.

A Tinubu loyalist said – and correctly so – that the issue of party supremacy as espoused by the former Lagos governor and Buhari, is good for the growth of the APC.

Verily, in the event that the APC takes a “position, that position should be binding on all,” the Tinubu loyalist insisted.

However, other leaders of the APC are insisting on the need for the party hierarchy to define the concept of party supremacy.

At the Friday APC NEC meeting, the issue could not be discussed because of what a source described as “some sensibilities that were not to be ruffled”.

The growing consensus among party leaders across the three divides – Buhari, Atiku and Tinubu – is the need for the party to quickly determine “who and what constitute party supremacy which would be codified.”

BOT Chairmanship: The fire next time

The ruling party may be heading for another round of crisis in the contest for who becomes its Board of Trustees (BoT) Chairman.

Whereas it was a known “fact that Tinubu, while lobbying Atiku to support Senator Ahmed Lawan for the Senate presidency, with a possible pledge to assist Atiku to clinch the BoT slot, some loyalists of Tinubu are now proposing that he should become the BoT Chairman,” a party source said. “But that may be a far shot because Odigie-Oyegun is from the South and appointing another person from the South to be BoT Chair would not be fair.  In fact, that was why Oyegun’s job was in jeopardy because it was part of a grand agenda.”