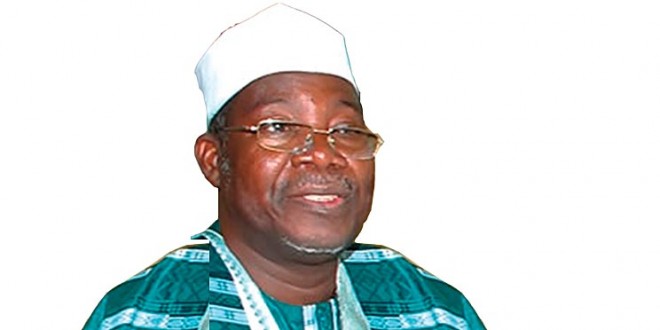 The North Is Not Nigeria’s Problem – Ibrahim Coomassie

July 3, 2015 Comments Off on The North Is Not Nigeria’s Problem – Ibrahim Coomassie 22 Views

Alhaji Ibrahim Coomassie, the Chairman of the Arewa Consultative Forum (ACF), has said the North is not the problem of Nigeria, just as he expressed optimism that Muhammadu Buhari’s emergence as President of Nigeria will result in an effective campaign to end the Boko Haram insurgency.

In an interview with journalists Thursday, Coomassie absolved the northern region from being the cog in the wheel of the country’s advancement.

“The North can never be the problem of Nigeria; it is the stabilising factor. If you go back in history, the North is the only unifying factor in this country. In fact, if leadership is in the hands of the North, I assure you there will be good governance,” he emphasised.

Commending Buhari’s steps towards tackling Boko Haram, the former inspector-general of police stated that the recent actions of the president towards ending insurgency suggests the readiness of his administration to “crush Boko Haram to the last man.”

He blamed the past administration of Goodluck Jonathan for the security challenges bedevilling the Northeast, pointing at the administration’s neglect of two important issues in the Constitution which border on security and welfare of the citizenry.

“To make matters worse, the last six years of Jonathan’s administration ignored two important issues which were provided for in the Constitution. The purpose of government is to ensure the security and welfare of the people. Jonathan ignored this and for six years, our people were being killed in the Northeast of the country, properties and schools were destroyed, children were killed and even some were kidnapped. As I am talking to you today, the Chibok girls are nowhere to be found and we do not even have tangible information about them. So one of the things we said was, ‘Enough is enough!’”

The ACF chairman, however, clarified that his assessment of the present administration’s disposition towards insurgency is not connected with his personal relationship with the President.

On choice of the country’s leader, he noted that the population of the North had always influenced which region led the country. He, however, said the North should not be regarded as the political leader of Nigeria despite its numerical strength.

Speaking on the Federal Character policy, he posited that competence and merit should not be sacrificed on the altar of equal representation.

“Federal character was introduced by Gen Obasanjo to ensure that there is a balancing in appointments so that no one part of the country monopolises all the appointments. As far as I am concerned, it is good but without compromising merit and competence.”

Speaking on the demand for the creation of more states, Coomassie opposed the idea on the ground that the existing states are not viable to justify the creation of new ones.

On the clamour for state police from certain quarters, the former police boss said: “Ordinarily, if all factors were available, there is nothing wrong in having state police or even local government police and then you have a federal agency responsible for federal offences and the likes, but that has not been the case in this country.”

On reforms needed to reposition the police, the former IGP who had been in several police reform committees, said even many recommendations had been made in the past, their non-implementation has been the major setback.

“I have been a member of several police reform committees and we made far-reaching recommendations. I remember the last one; we made recommendations, it went to the government and they issued a white paper and set up an implementation committee under the vice president. They voted some money but it never saw the light of day. We always recommend, but the problem is always implementation and funding. You see, the police is an organisation that has been neglected for some time and the problems are so huge that no government can tackle it during its tenure,” he highlighted.

Coomassie queried the sudden removal of the last IGP, Mr Sulaiman Abba, who was removed few months after his appointment, wondering if he had committed any offence to prompt his sudden removal without investigation or query.

Speaking further, he advised that the appointment of IGPs should not be the exclusive preserve of the President, but done in consonance with Senate.

“I spoke immediately after he was sacked. Then I asked what offence he committed and, if he did commit an offence, was due process followed? Was he investigated and served with a query? That is why we said the appointment and removal of the IGP should not be left to the President alone. It should go to the Senate,” he concluded.