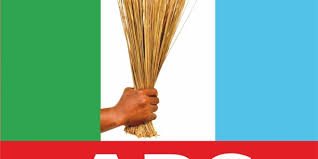 The Deputy National Publicity Secretary of the All Progressives Congress (APC) Timi Frank is a leading light in the party. In this interviewmonitored on AIT TV live current affairs programme, Focus Nigeria, he spoke on issues flowing from the crisis that arose from the squabble for positions in the National Assembly. Excerpts:

They (PDP) could have nominated themselves to be Senate President and Deputy Senate President; and you cannot take that from them. We should thank PDP for what they did, for being democratic. They know they are not the ruling party, so they respected themselves by making sure an APC Senate President emerged. They unanimously gave their support to Saraki as we only had about seven or eight APC Senators in the Senate as at the time. I see no reason anybody should blame Saraki for what has happened. We should be happy that he was there to at least save the situation at that time. If he wasn’t there, the situation could have been different.

What and who took 51 Senators to the International Conference Centre (ICC)?

The question we should be asking is: Who asked 51 Senators to go to the International Conference Centre? What did they go there to do? I don’t know who called for that meeting, as a party man. We should not blame Saraki for becoming Senate President. We should put the blame on the party and whosoever that called that meeting. Has the President come out to tell Nigerians that ‘I called for a meeting and Senator Saraki wasn’t there?’ Even the President wasn’t at the International Conference Centre. Why did you expect Saraki to be there? Everybody is saying the President called (for a meeting), the President called; okay, who gave the directive for the meeting? So, this is the big question, a very critical question we should be asking. What must have dragged 51 Senators to the International Conference Centre? They should be asking themselves what took them there?

No deal between Saraki and PDP

To my best of knowledge, this is a contest between two political leaders in the same party. Both of them were banking on the support of PDP Senators because APC Senators alone could not have made one of themselves Senate President. What happened was a victory for democracy, a victory for the people. You can’t take it away. The Senate or House (of Representatives) is an independent House. These people decide on what they want. They go for what they are comfortable with.

Upset with my party

We don’t need to be blaming Ekweremadu and so forth. If it were anybody from my party or even myself, I would take advantage of the situation that was on ground. Today, the man is Deputy Senate President to Saraki. But he is just a Deputy Senate President. What can he do to frustrate my party? There is nothing he can do because we have an active Senate President. So, my party should live with it. They can also come up with whatever strategy they feel like. But Ekweremadu didn’t just put himself there. My party caused it. So, we should accept the defeat.

Imposition and bias for one candidate against the other

This whole internal crises, the party leadership caused it. In the process of trying to take sides, we misfired. The party zoned the Senate Leader to the North East. Fine! But the party should have left it at that, not saying a particular person has to be this. As soon as the party zoned the office, the party should have left it for the zone to come up with the candidate. Like Ahmad Lawan, if the party had not gone ahead to stick out his name, maybe they would have gone ahead to say, Senator Ahmad lost the Senate President, let us leave this for him.   But again, the party provoked the people of that zone by writing names. What Nigerians are trying to say is this: The issue of godfatherism is gone. The issue of saying this must happen is gone. The independence of the House and Senate is what we need. There is no way Saraki could have read the party’s letter. The majority voice in that zone had already written to say this is whom we want. The party must accept failure at this point in time and build from the mistakes we have made.

I agree that party supremacy has come to stay. But again, since party supremacy is now the issue of the day, I expect the national leadership to write the list of ministers and their portfolios and give to the President to announce. The State party chairmen must write the names of the Commissioners and SAs and give to the State Governors to announce. That way, we will know that party supremacy has come to stay. Not just to enforce it on Senate and House of Reps. Otherwise they should allow the Senate to be. They should also allow the House to be.