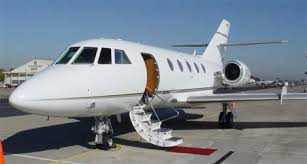 Get Ready To Sell Your Private Jets –Oshiomhole Tells Owners

July 3, 2015 Comments Off on Get Ready To Sell Your Private Jets –Oshiomhole Tells Owners 14 Views 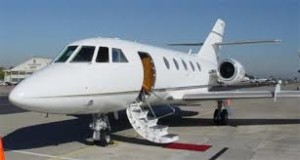 Edo State Governor Adams Oshiomhole on Friday advised public officers and politicians to get rid of their private jets as President Muhammadu Buhari has begun blocking financial leakages in the country’s economy.

Oshiomhole made this known at a public lecture titled, “Labour and the Nigerian Economy: What needs to be done?” at the University of Port Harcourt.
He said that businessmen who connived with some officials of the Nigeria National Petroleum Corporation (NNPC) to defraud the nation through subsidy claims would be probed.
“Few people (in Nigeria) are taking away so much wealth, while majority of the people are going home with almost nothing.
“A clear example is when you arrive at the private wing of the airport in Abuja; you will find more than 40 to 50 private jets parked there in one airport alone.
“The question is what sources do these private jet owners get their wealth from; and which businesses do they run to acquire this luxurious lifestyle?
“You find a young man who has connection with state-owned NNPC, which is supposed to work for the interest of Nigeria, corruptly work for only the interest of few persons,” he said.
Oshiomhole said that billions of state funds had being stolen by a few individuals due to alleged chronic corruption perpetrated by some NNPC officials.
He said that the Buhari-led administration is already making moves to rid the nation of these corrupt officials and institutions.
“Very soon, those who maintain luxurious assets and private jets will begin to sell them because they will no longer be able to maintain them.

“The sources of procurement of these ill-gotten wealth by these people are currently being disconnected and more will be disconnected in the few days and in the coming weeks,” he said.

Oshiomhole blamed the Nigerian Labour Congress (NLC) for its failure to call politicians to order in the face of the country’s current failing economy.
He said it was unfair that Senators could earn an annual salary of about N200 million when the lowest grade worker earned a paltry N18,000 monthly as minimum wage or N216,000 as annual salary.
“How NLC has kept quiet and allowed Senators allocate to themselves annual income of N200 to N300 million both as basic salaries and bogus allowances combined baffles me,” he queried.

The governor said that Nigerians should not be deceived with clamour by some politicians to cut their basic salaries by half.

He recalled that former presidents Umaru Yar’Adua and Goodluck Jonathan had cut their salaries and that of their ministers by 25 percent each, which meant the officials currently earned 50 percent less salaries.

“Now, in the face of current harsh economic realities, some politicians are saying that 50 percent should be removed from their salaries to appease Nigerians.

“This is a clear case of the more you look the less you see as politicians are bent on deceiving and confusing everyone because the main money are not in salaries but in their allowances,” he said.

Oshiomhole called on President Muhammadu Buhari to revoke licences of electricity generation and distribution companies, saying the sector was “fraudulently” privatised and currently enmeshed with corruption.

According to him, the country will grow economically if policymakers come up with policies that were in-tune with the character of Nigerians.